Over the last two weeks we've been able to complete the autumn campaign season. A decent outcome for the empire with victories against the Gauls (Roy), Stracuse (Mike), and Carthage (Nigel). Draws were achieved against Spain (me) and the Seleucids (John). 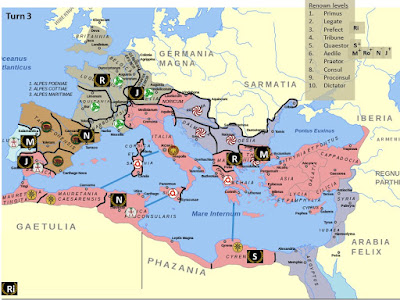 I'm still stuck at Questor while most are now promoted to Aedile, with my irregular appearance as an ally perhaps holding me back a little.

Next week we're switching things up, having proved the technology works, and moving to the ACW for some Ironclad battles 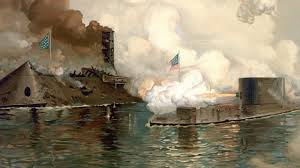