In preparation for lockdown 2.0 I've been completing a couple of units for my 28mm Waterloo collection. My plan is to play a few games with my newly acquired Programmed Scenario's book. 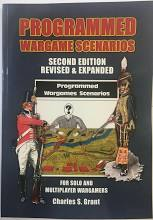 The first of the two cavalry I need are some Dutch Carabiners. These are depicted as the 2nd Regiment which fought as part of Trippers brigade on the day, seeing service against the French heavies after the Union Brigade has shot its bolt. 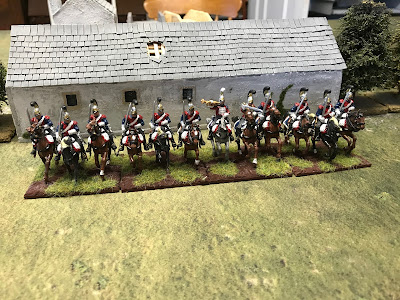 The figures are 28mm Perry French heavy cavalry. Its my third box of these over the years have previously done them as French and Prussian Cuirassiers. 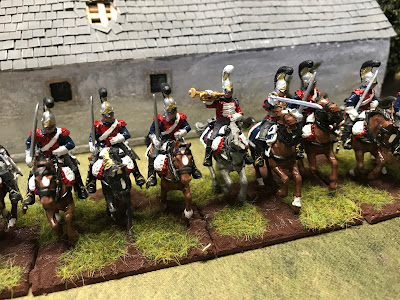 Somewhere in the postal system are some French line lancers and then I'm all ready to go with 2 cavalry brigades a side.
Posted by Wargamer Stu at 11:18