This weekend I dipped my toe into the Solo pool by playing through the first scenario from the revised Programmed Scenarios for Wargames. I used Crusader's Rank & File on this occasion to see how they fare as a Solo set.

The scenario involved me as the French attacking a ridge-line defended by the Hanoverian / British. Having no details of the enemy and limited view of the ground I loaded my right and refused the left. Once revealed the defenders had roughly equal forces and a fortified farm in their centre. They were however very cautious and so would not leave the ridge to attack me. 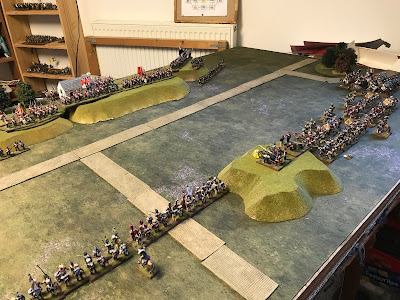 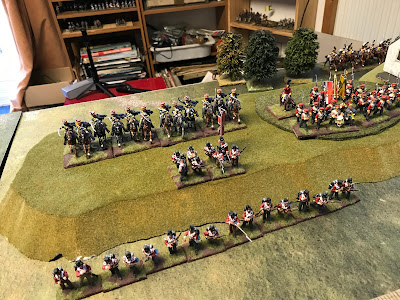 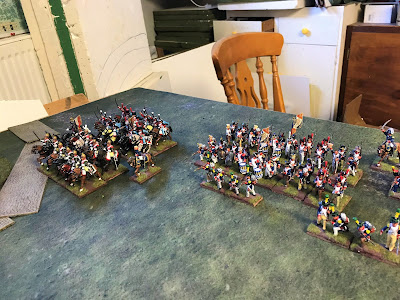 I quickly pushed my cavalry forward, forcing the rifles to retreat and the British line on the left into square while my infantry moved up in supported line. 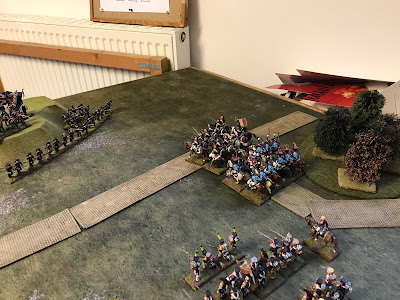 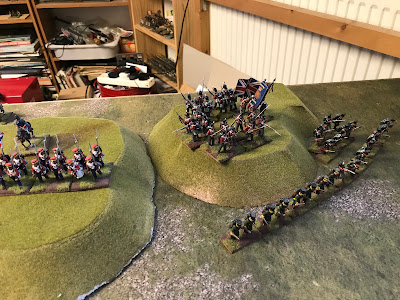 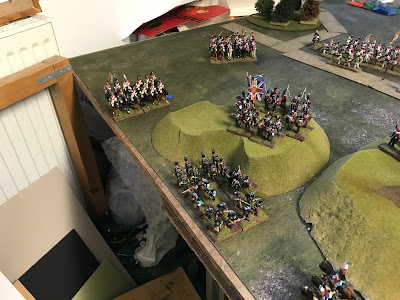 As my troops reached the ridge the British reacted by deploying their reserves and thinning their right to reinforce the centre. As my troops crested the rise my Leger fired a shattering volley into the British Dragoons who were then caught at the halt by the 12th Hussars and routed. With this threat removed the French were able to destroy the infantry holding the British left and occupy the hill.
It did not all go the French way though as the Line guarding the right were shot away by British Light Infantry.  As they were backed by Hussars I was unable to close with them and chase them away. 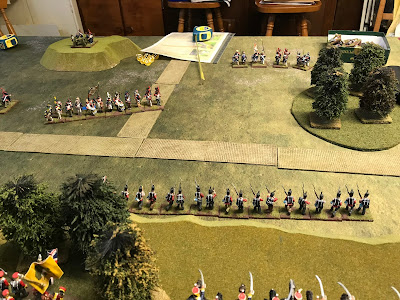 So a win for the French, which was aided by the British being fairly passive on this occasion and not attacking my weakened left.
The programmed opponent worked pretty well with a couple of problems posed by the deployment and plan that I needed to think about. Inevitably you are playing both sides which means no cunning plans or complex manoeuvres, so a much more simple game than usual perhaps. 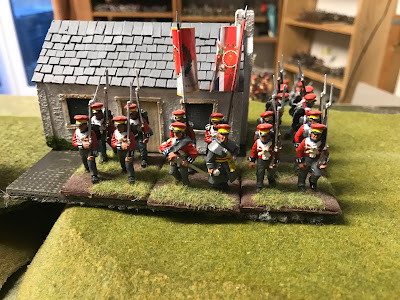