The fourth game if our mini campaign was in the spooky Night Stalkers plane - a place of nightmares and twisted realities. The terrain and magic effects here are mostly designed to slow or confuse the enemy. The scenario was Salt the Earth - there are 7 objectives to try and hold to win the game (1 VP each) but the twist is you can destroy 6 of them to stop the enemy taking them. 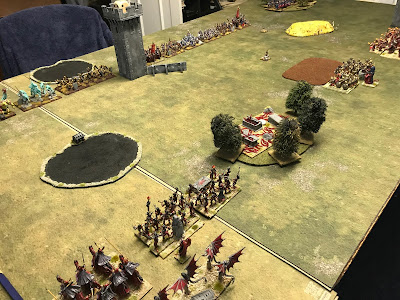 The Undead set up with Revenant cavalry on their left, a strong centre of Mummies, skeletons and Vampire and two units of Wight's with skeleton support on the right. Most of the Objectives placed by the Undead were on their left. 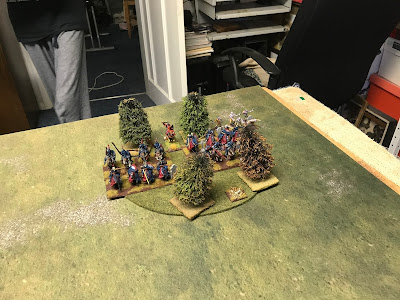 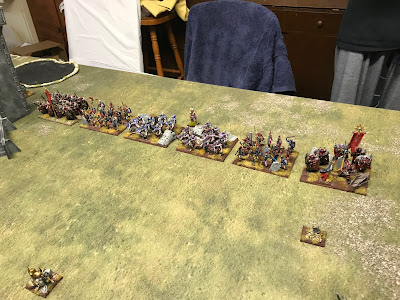 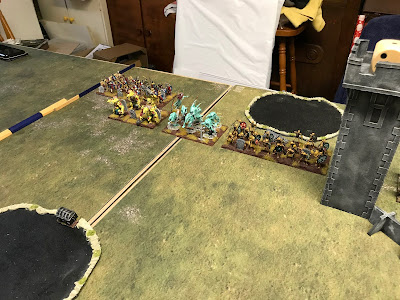 The smaller Abyss army focused the mobile units on the left (Succubi / horsemen), Succubi Lavera as a hinge and heavy hitting Molochs on the right. An archfiend was thrown-out far right to delay the Undead there. Again most of the Objectives placed by the Abyss were on their left. 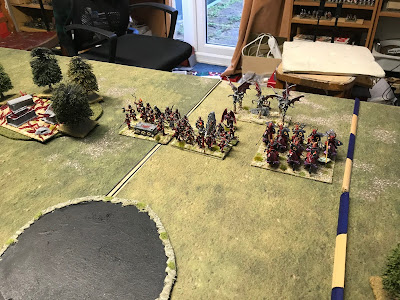 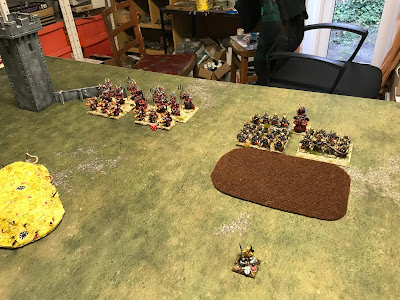 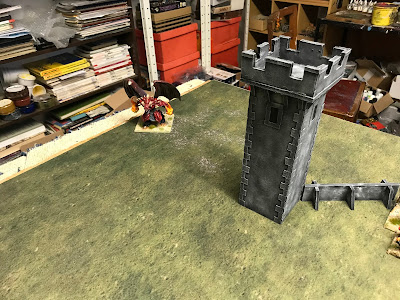 The initial deployment looked to favour the Undead with their greater numbers attacking the Abyssal objectives on their left. The Undead centre was strong and likely to take the indestructible centre objective. The Abyss did have a chance on the their right though as being faster moving they could grab and destroy 1 or 2 of the Undead placed objectives.
Early action was on the Abyssal left were the Wights and Skeletons attacked in numbers. Once the swaps were done they had a clear advantage and pushed the demons back. 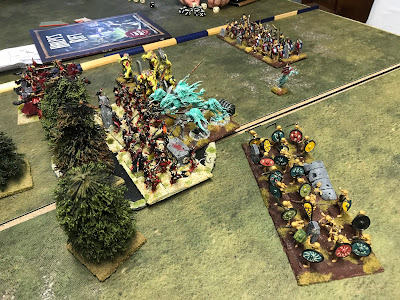 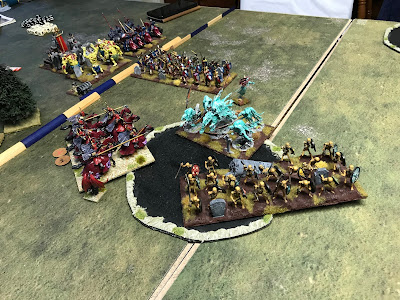 Centrally the Abyss were able to line-up some decent charges and destroyed a couple of units including some vampire infantry to contest several objectives and be able to destroy them before the Undead could recapture them. 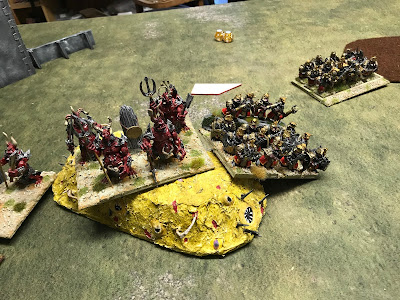 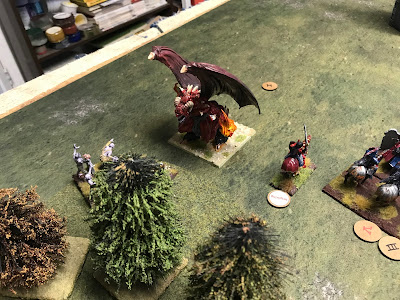 The action was heavy in the centre as both sides tussled to hold the central objective which could decide the game. 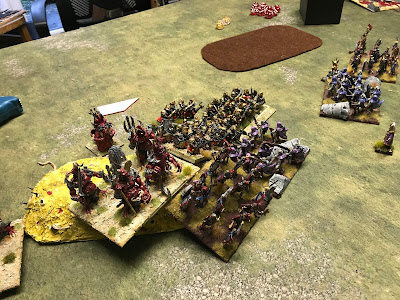 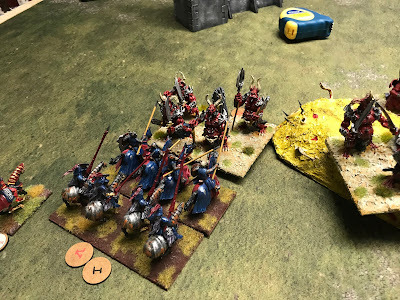 As we entered turn 5 the most interesting  action was the Succubi Lavaer ambushing the Vampires and removing them in  a single turn. Some decent roles and Hammer of Measured Force both helped with this unexpected event. 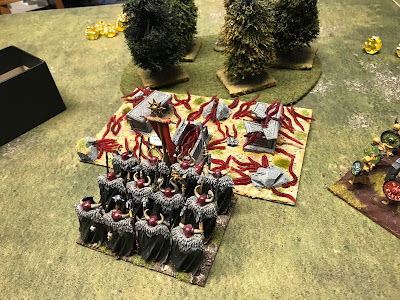 With the Abyssal left collapsing they destroyed their remaining objectives to deny the Undead the points. This left just two in play - the central one under Undead control and one on the Undead left that the Molochs and Archfiend held. Neither side could do much to affect this so it was a 1-1 draw. 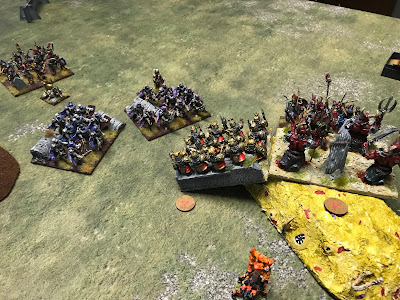 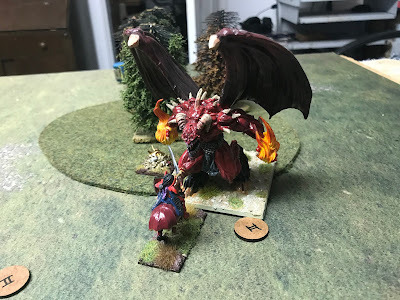 A fun game but I'm not sure either side had a really good plan for placement of the objectives. The Archfiend saved the day for the Abyss by punching through and taking an objective.  The dual-Vampires / dual-Wights list packs a punch and may be seen again.