Its been a little while since I posted - online DBA is not the most photogenic of games so there has nt been too much to put up.   This weekend though I had a game of Clash of Spears which my brother has been busy painting for over lockdown.   I believe they are Spanish rules translated into English. Its a mass skirmish game currently aimed at the Punic Wars.

We played a simple game with 4 units and 2 officers each with 3 CPs, meaning everyone could Activate every turn unless we did something funky. The units are 6 - 10 figures so a whole army is about 50 models usually. I commanded the forces of Rome vs the Pontics. 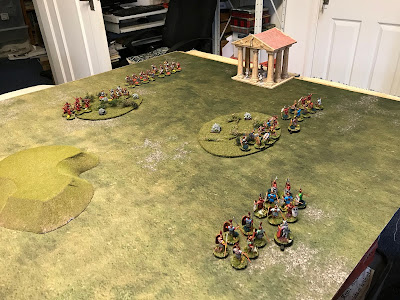 The game begins with moving counters (units or bluffs) before deployment is revealed. Like in Chain of Command this means you can lock the enemy down or grab some vital terrain. In our game we stacked the east side of the table with skirmishers on our right and medium troops in the scrub. 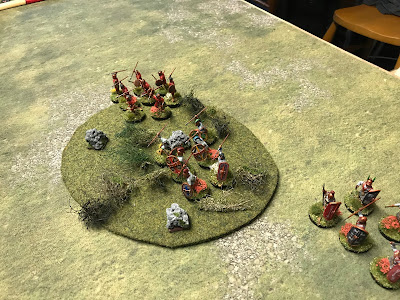 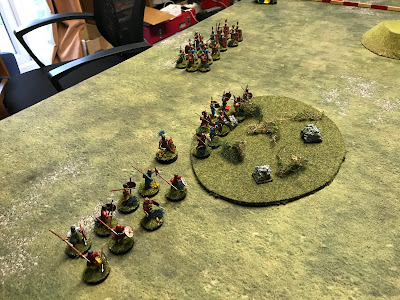 The Romans did most of the advancing as they looked to close on the Carthaginians right and close the door, 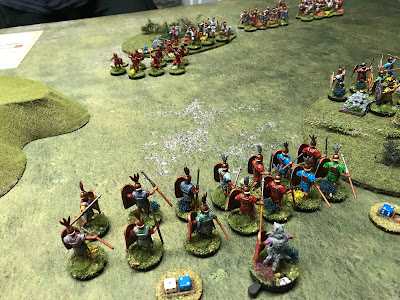 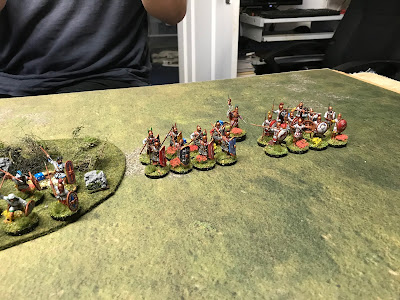 Early shooting proved family ineffective until volley of pilums from the Hastati wiped a unit of Spanish from the board in a single bound as the Principes also mauled the Libyan javelin men. 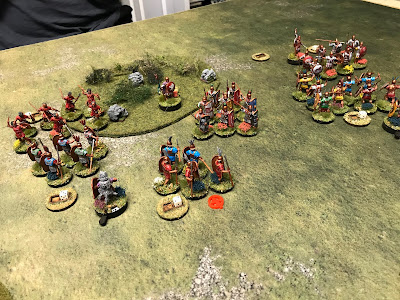 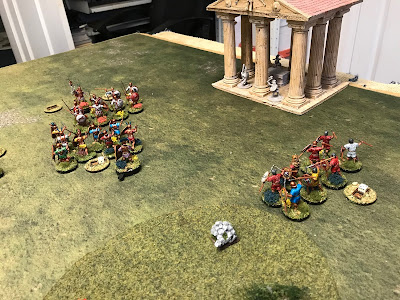 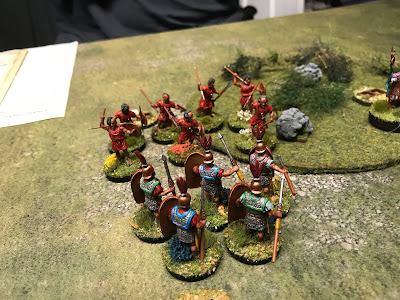 This was pretty deceive as it left the Carthagian heavy foot under attack from two sides with casualties mounting and the army break-point passed. So a win for Rome. 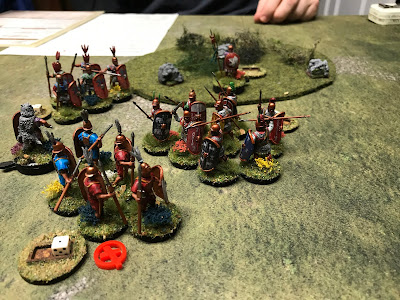 Its a nice looking game and it plays pretty smoothly as its many mechanics you will be familiar with from other games. The key complexity is managing and tracking Fatigue as there are lots of things which affect it and it impacts most areas of the game.
Typically you are rolling small numbers of dice for things so you can get some swings but in larger games I guess this would be reduced as a factor. We only played a very basic scenario so it would be good to see some of the more complex ones as Activation order may be more critical then.
Posted by Wargamer Stu at 23:09

Email ThisBlogThis!Share to TwitterShare to FacebookShare to Pinterest
Labels: Ancients