What have the Romans ever done for us

As we move online for a while we've been experimenting with DBA as a game that works well on a grid. The initial idea was to play with my standard 40mm square elements but they are hard to make out from above. So we've settled on 40mm square counters which are easy to make out on a small screen. 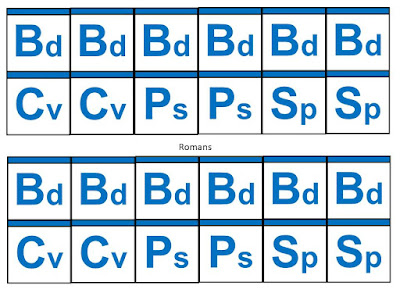 So with a viable method in place we're now starting a simple campaign. 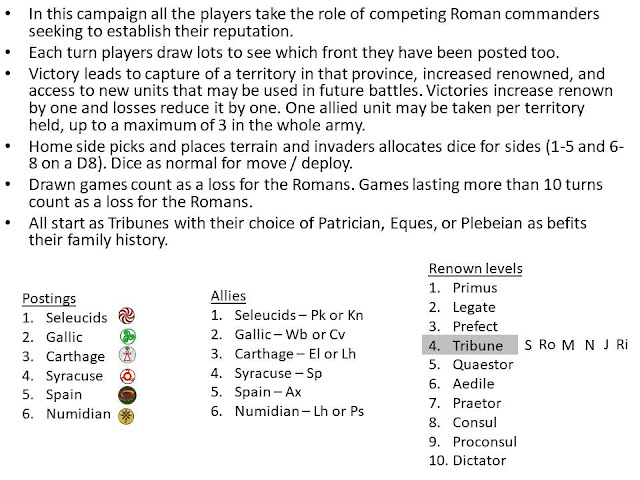 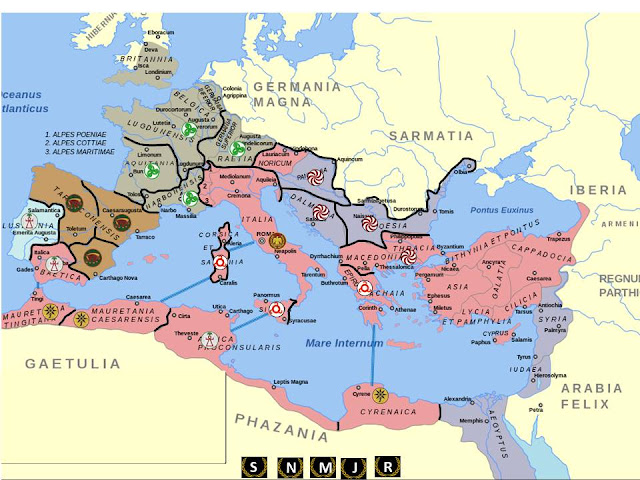