You may pound away sir - Ottoman artillery in 28mm

Painting has slowed a little in recent weeks with some busy weekends but I've completed my final batch of the Ottoman artillery. Three more pieces have been added to the artillery park. 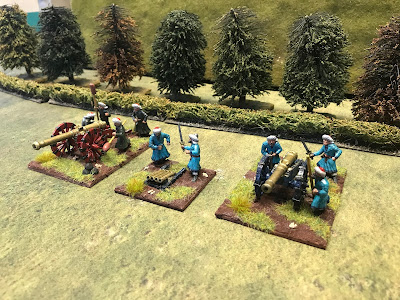 The first is medium piece, hence the slightly reduced crew of three. 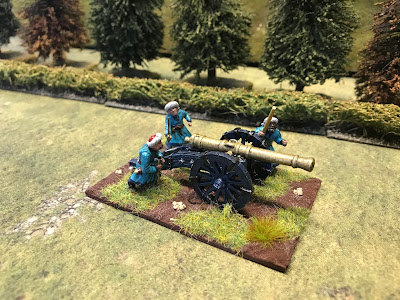 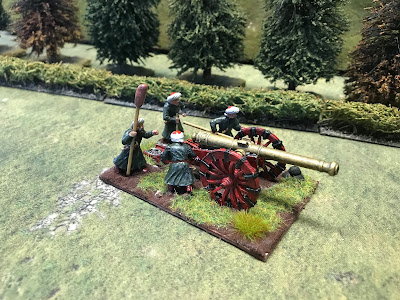 Finally a volley gun with a two man crew. This is partly scratch-built using a spare barrel that came with a Scots volley gun I bought a couple of years ago.  I'm thinking this could be a light gun. 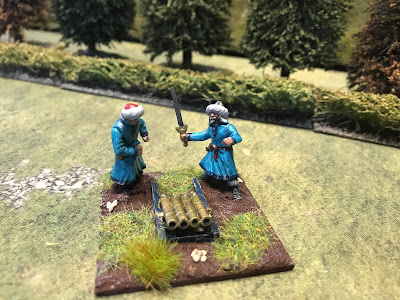 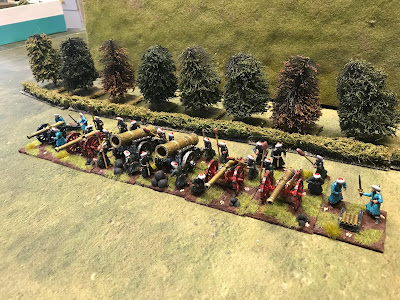 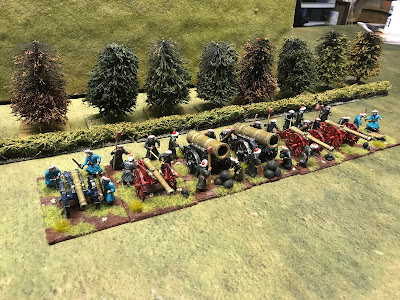 So we're in the home-stretch now with just two more units of infantry to complete and the army is done.
Posted by Wargamer Stu at 00:46