We've completed our first round of battles for the online DBA campaign we're trialling during Tier-1 lockdown.

The first campaign season saw the Romans successful in all their battles with incursions into Gaul (John), Carthage (Mike), Spain (Nigel), Numidia (Stu) and Seleucia (Roy). The Syracusans escaped attack this round as Richard spent further time in training. So most players therefore advance to Quaestor. 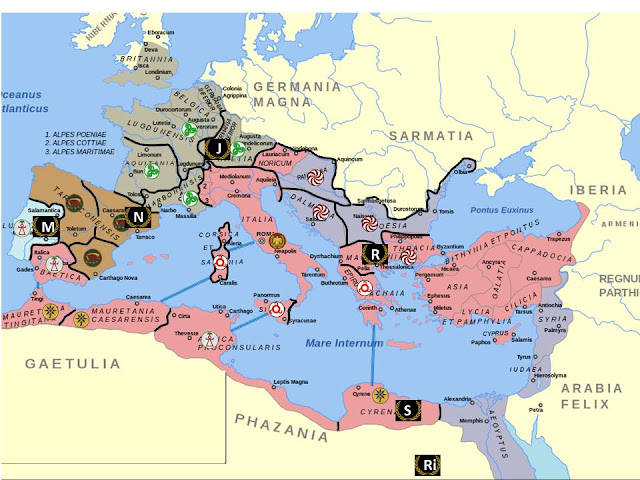 For round 2 we're making a couple of refinements. We're introducing "aggression" rolls from DBM so the Romans might not always attack. We're also allowing allies for every game to introduce more players to each battle and mix things up. The barbarian allies will always be reliable (nothing to lose) but the Romans may not be. 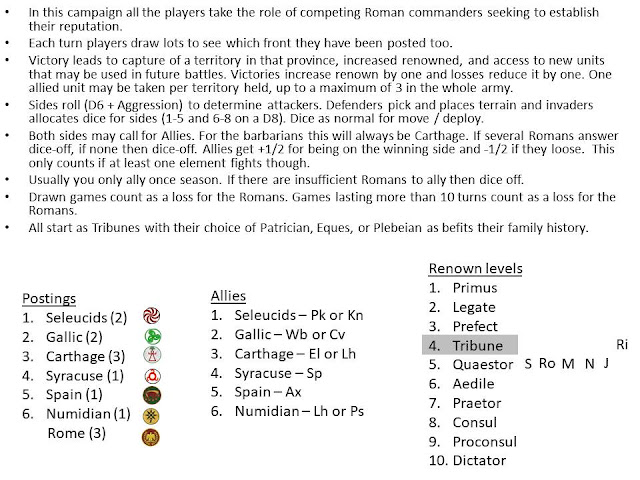