Over the weekend we began our latest isolation campaign - I posted the rules a few days ago, but essentially its a series of linked Kings of War battles between Basilea (Byzantines with magic) and the Forces of the Abyss (demonic hordes). A classic Red vs Blue campaign.

Game 1 was Pillage - 5 supply objectives were placed on the table and the winner was the one to hold the most. Holding is done by having the greater Unit Strength within 3". 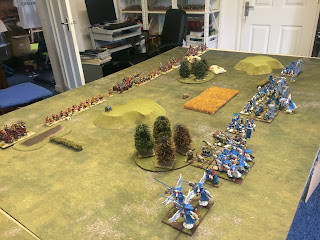 The Abyssals went for a fairly thinly populated centre, mostly shooting units and a few heavy infantry. The flanks were strong with two units of heavy cavalry one side and some monstrous demons the other. The Abyssals had a considerable advantage in shooting but less shock troops. 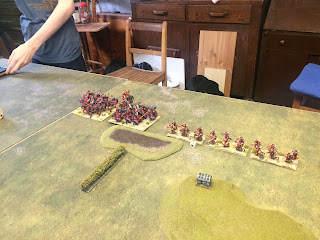 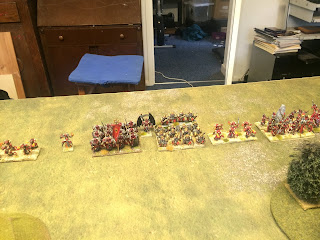 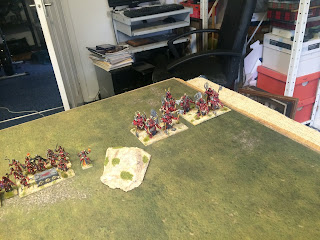 The Basilan plan was different - the centre was strong with plentiful heavy infantry and skirmishers thrown forward. The right was refused and thinly held whilst the left had fast moving heavy cavalry lined-up against their opposite numbers. 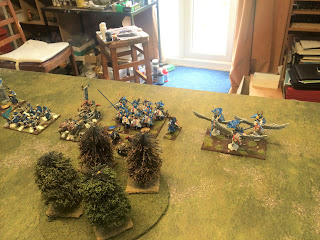 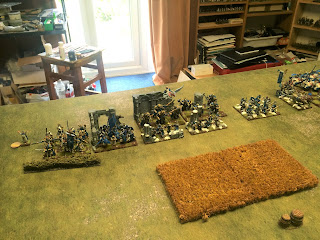 Both sides pushed forward across the line as they looked to engage the enemy rapidly. The early turns were mixed. The Abyssals shooting rapidly killing Basilean light infantry but the army of light getting the crucial first charge in the cavalry battle on their left. 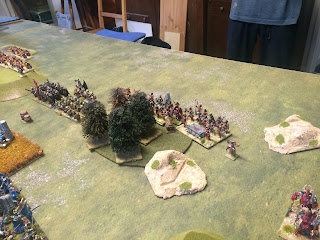 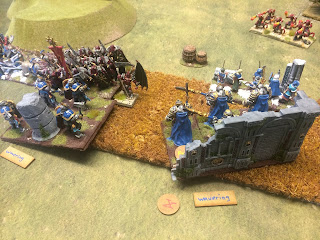 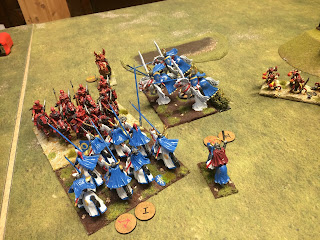 Centrally the battle went for Basilea as they broke through the Abyssal lines. The right was under intense pressure though as the badly out numbered units were assaulted by the monstrous Molochs. The left  was essentially a draw with neither side strong enough to press home the advantage. 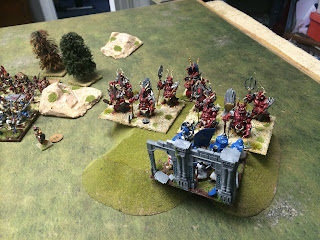 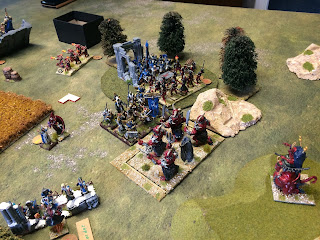 As the final turns ran through the battle was pretty even. In the end the Basilean right was able to delay the Abyssals just long enough to secure a 2-1 victory. 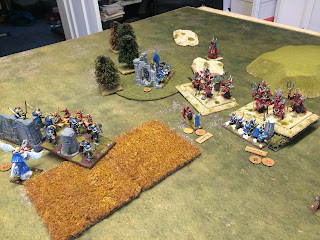 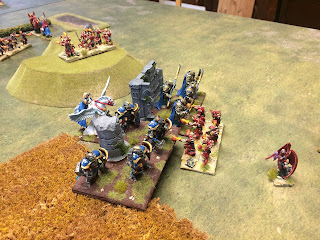