Last week we fought part 4 of the Drech'nok at Bay mini-campaign. In parts 1 and 2 both armies scavenged supplies and got them back to camp. In part 3 we arrived at the demonic portal and finding it incomplete both sides search for the missing stones. In part 4 we were trying to control territory around the portal so it could be excavated for the crystals needed to power it.

The Control scenario sees the table split into 6 zones, with a zone controlled by the player with the highest Unit Strength in at a the end of the game. Its 1 point per zone, except you get 2 points for the enemies central zone. 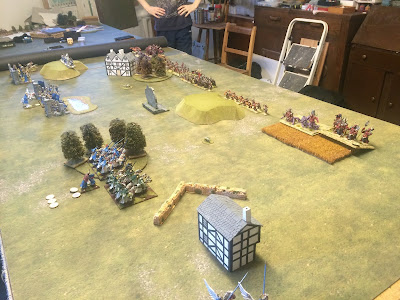 We each went with three distinct battle groups as we tried to contest every sector. The Basilean left was the Ogre Palace Guards, preceded by Sisterhood Scouts to act as a screen. The Basilean centre was Paladin Foot Guards with healing support from Samacris, the mother of phoenix's. Finally the Basilean right with fast - Knights, Gur Panthers, Elohi flying infantry, and the Abbess on a panther.

The Abyssals had a fast right - Horsemen supported by Hellhounds, Flamebearers and Drech. The centre was solid with Succubi in the woods and Abyssal Guards in the open with Efreet fire-deamon support. The left was Moloch large infantry supported more Flamebearers

So both sides had a speed advantage on their right. 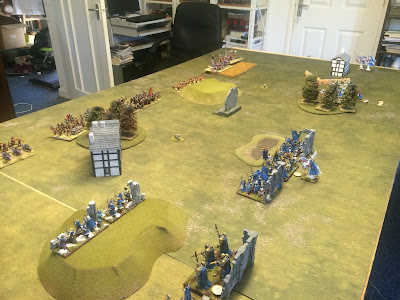 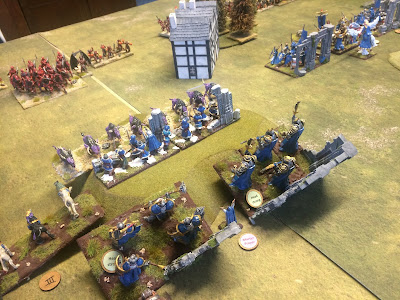 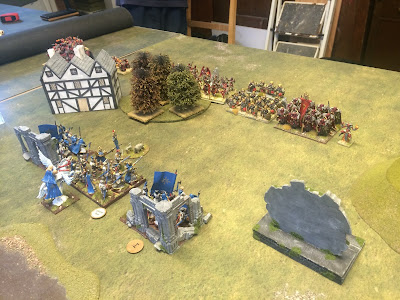 The Basileans attacked swiftly on their right and were able to throw all their forces into the Molochs stationed there as the Flamebeares were trying to shoot into two zones rather than just covering the front of the Molochs. The dangerous Molochs were killed very quickly leaving the Basileans in control of the flank, but needing to garrisons the zones there as well as look to move into the middle.  They took some heavy shooting but were eventually able to destroy the Flamebears, but at the cost of not having many resources to assist the centre. 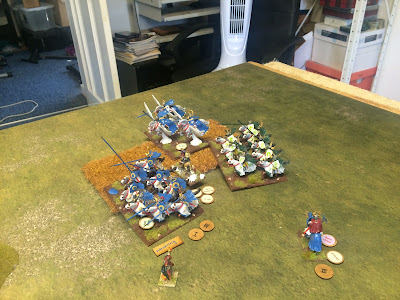 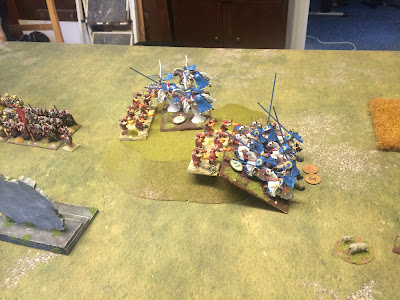 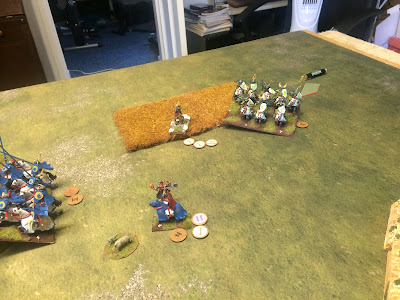 The Basileans found themselves outnumbered in the centre and so spent most the game back-peddling to avoid combat for as long as possible. The idea as to deny the Abyssals 2 VP for the central zone and hope that forces arriving from the right might help them win.  This was partially successful in that the Abyssals had to defend their flank evening-up the odds in the middle. 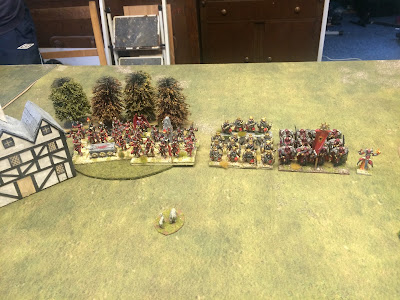 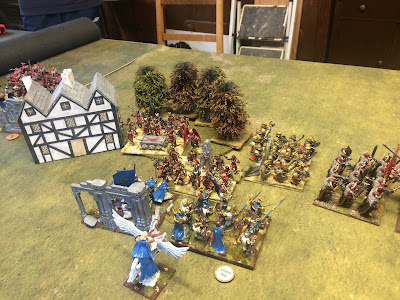 Over on the Basilean left the skirmisher battle was pretty much a draw. After that we traded pieces with  the Abyssal Horsemen killing some Ogres, before themselves dying to the second unit. Both sides managed to captured the others starting zone, so cancelling out. 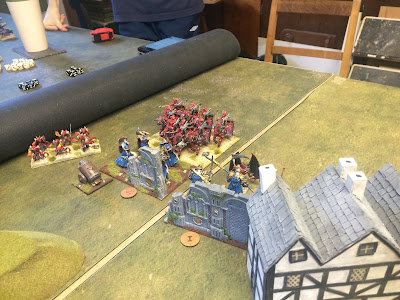 Back in the centre both sides routed a few of the enemy but neither side had the strength to breakthrough for 2 VP. 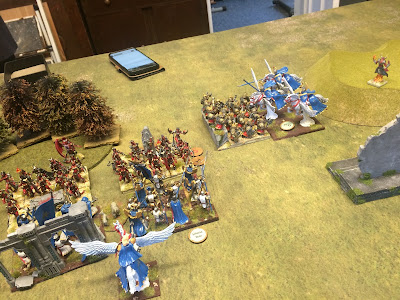 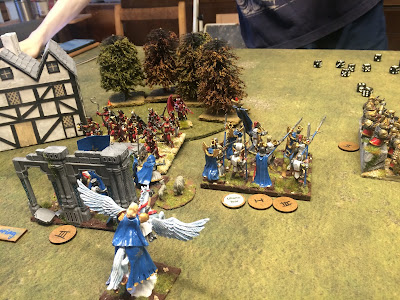 A close game - the Abyssal shooting meant that they always carried a threat and the Basileans needed to be careful to guard captured zones in sufficient strength not to get routed late game and lose that way. The downside was they had lots of US 1 or US 0 units so found it harder to contest zones.
Posted by Wargamer Stu at 03:20

Email ThisBlogThis!Share to TwitterShare to FacebookShare to Pinterest
Labels: Abyssal, Basilean, Forces of the Abyss, Kings of War