All back to camp

Game 2 of the Abyssal lockdown campaign saw both sides attempting to return supplies captured in Game 1 to their camps. In the Push scenario both sides have two loot tokens carried by your own units (2 VP each if in the enemy half and 1VP if in your own. There is a tie-breaker loot token in the centre. 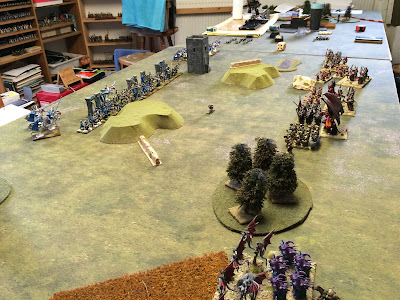 Both armies saw some tweaks for this game. The Abyss removed the cavalry and went for a flying wing to carry the tokens of Gargoyles and Tortured Souls. As before it was strong on shooting with 4*Flamebearer Troops + a Warlock (37 firebolts) and 2* Efreets + a Fiend (30 fireballs). 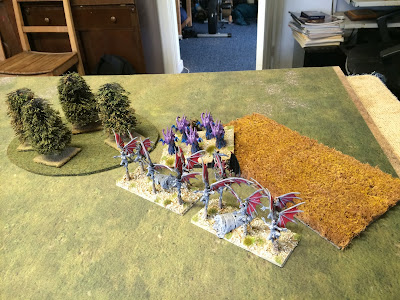 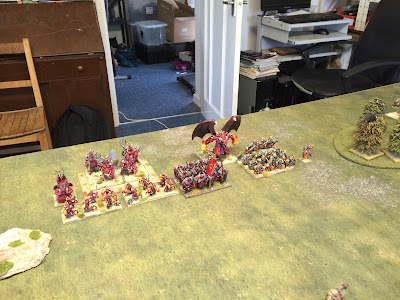 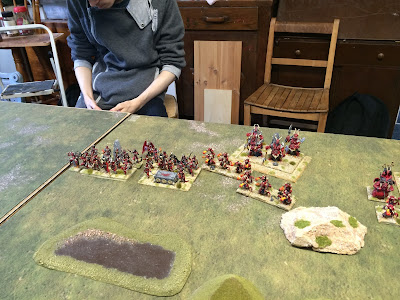 For this game I took no shooting and instead added more Elohi - the theory being that as flying troops they could charge the many shooting units before they caused too much damage. 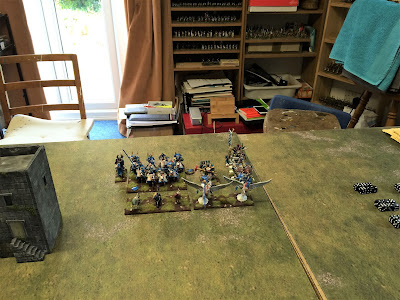 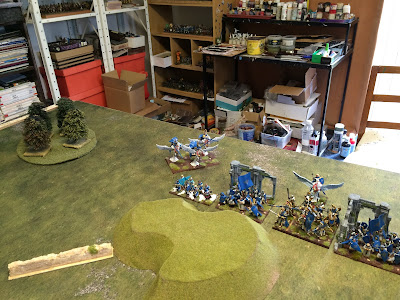 We both opted to place our tokens on their left, with the aim of also trying to capture the tie-breaker loot token in the centre. The Abyss put more emphasis on blocking the enemies tokens while Basilea  invested more in the central token.

On my left I attacked swiftly hoping to break through and clear a route for the Basilean token carrier (an Ogre palace guard captain). The attacks went in but the dice were poor with a couple of units dying without causing the breakthrough needed. 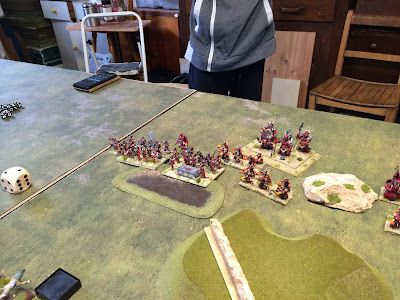 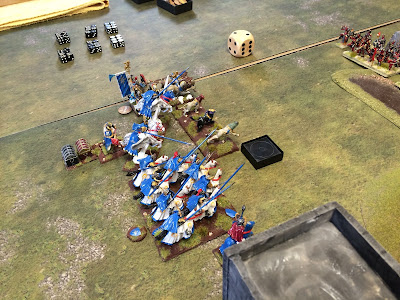 On the Abyssal left there was a standoff for the first 3 turns as the Abyssals were reluctant to press ahead and risk their token carrier against the Elohi station there. Eventually they had to move and the trap was sprung. The plan was to eliminate the Gargoyles guarding the token carrier in turns 4 and 5, then try for the loot in the last move. It was all scuppered by a snake-eyes in turn 4 which meant the devastated Gargoyles stood! 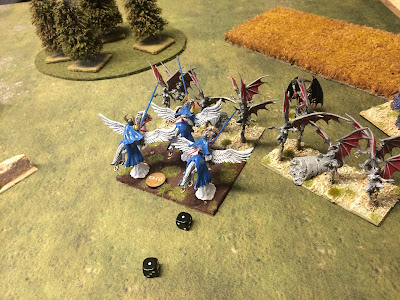 Centrally the greater Basilean strength worked as I had hoped, with the Paladins and Ogre guards cutting through the Abyssal centre and capturing the token placed there. 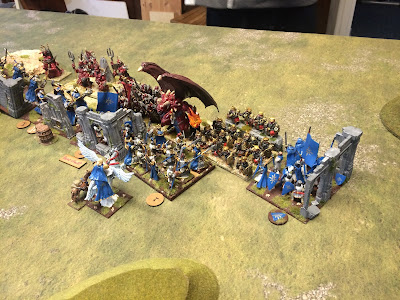 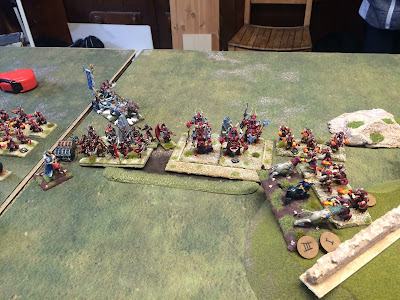 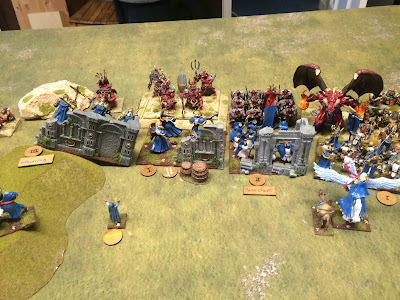 In turn 6 there was still a chance of capturing the Abyssal loot. If the Gargoyles failed to wound the Elohi they could Disengage and fly over them into the flank of the Tortured Souls and claim the loot. Sadly the Elohi suffered single wound and got locked in place. 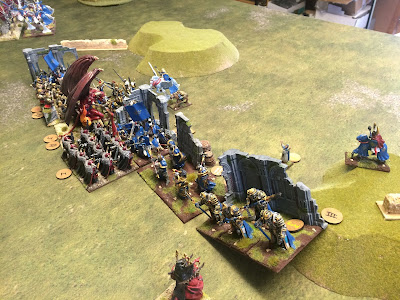 On the Basilean left the out-numbered troops tried to manoeuvre around the Abyssals and keep their tokens safe. Sadly this worked in turn 5 nit not turn 6, and so the loot was lost.


The final result was 6-2 for the Abyss and so 1-1 in the campaign. In hindsight the Basileans under invested in the token carriers and should have devoted more forces to ensuring their tokens were safe and less to the centre, or placed the loot carrier in the centre and pushed everything there. 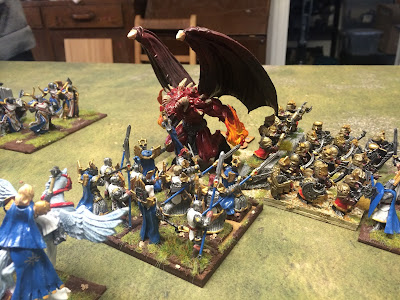