This weekend being a bank holiday I had more time than usual and got in three games - two Kings of War and a Vanguard. So lots of piccies


The demonic Forces of the Abyss took on the beastly Herd contesting a Pillage-style scenario with three objectives to capture. This ended a 1-0 win for The Herd due to my traditional inability to finish-off enemies when they are knocked to the ground.  The Abyssal Seductress hero proved very powerful though. 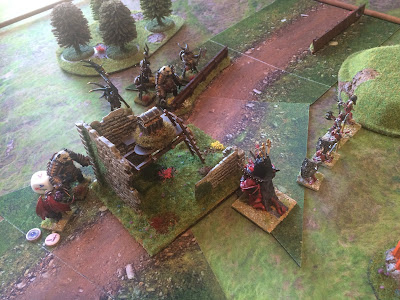 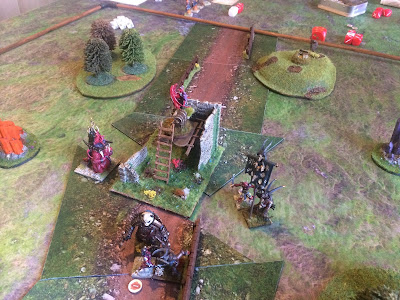 
The second game was the forth instalment of the ongoing Fishponds KOW campaign between the Salamanders (Lizardmen) and The Herd. This was also Pillage, with 5 objectives up for grabs. As usual with the slow-moving Salamanders I looked to attack with my Ancients on one flank (the right) and refused the other (the left) with this being held by a Greater Fire Elemental, some Tyrants and Blizzard Lizard. The Herd focused most of their troops opposite me with a fast force of Eagles and Chariots against my refused left. 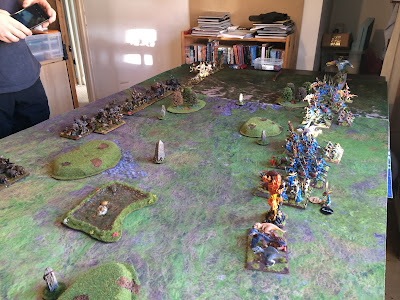 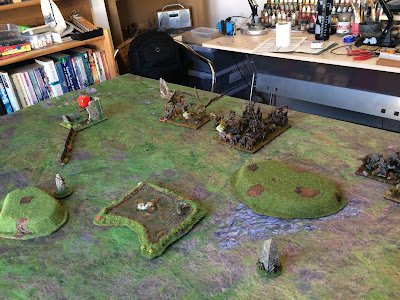 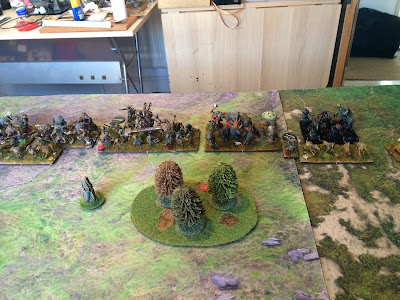 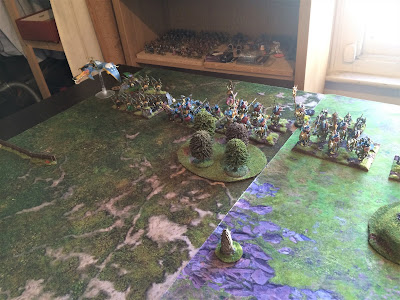 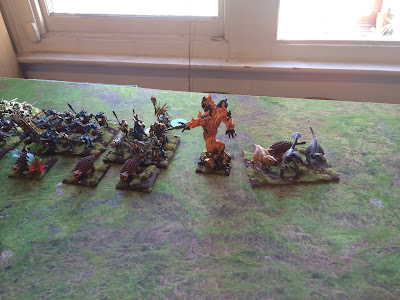 In the early turns my Blizzard Lizard cleared the Eagles on my left and gave me the chance of a bonus objective I was nt originally planning to content. More centrally though the charge / counter-charge did nt favour me, with the crucial Ancients of Rinosaurs not having the impact needed, leaving my right badly weakened. 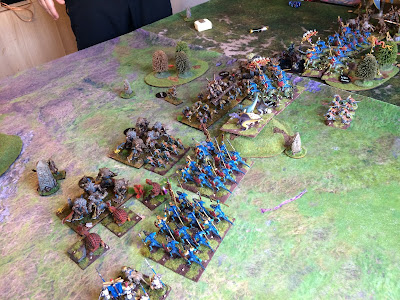 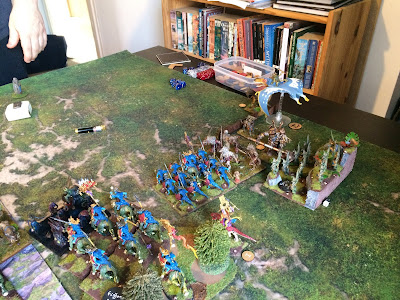 Some fun was had on the left as a I scooped-up the objective and then managed to Surge my Greater Fire Elemental into the flank of The Herd line. After couple of moves I made decent progress in the centre but all too slow to push for a win as the right had collapsed. 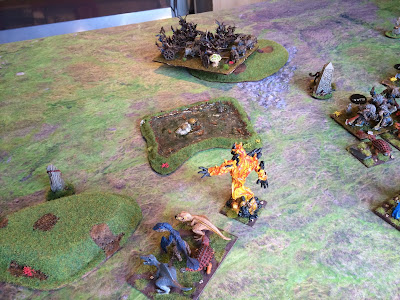 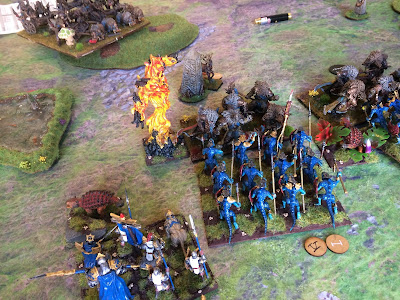 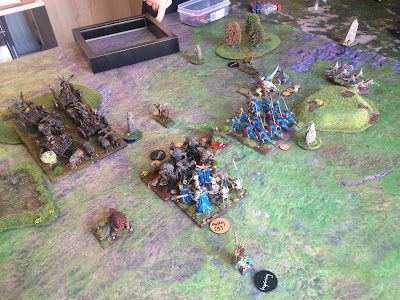 The game ended with 1 objective to the Salamanders, 2 contested and 2 to The Herd. so a 2-1 loss which means the Lizardmen are pushed back to their fort for the final game.


The final battle was the third of the Salamanders vs Forces of the Abyss. The scenario was Invade, so points are scored for units over the half-way line. Both sides deployed with their strongest units opposite each other (the lizardmen left). 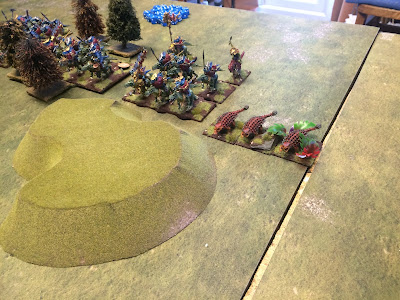 The Salamanders sat back initially looking to rely on their shooting before looking to counter-punch against the advancing Abyssals. With both sides largely static on the Salamander right the Abyssals attacked with their Molochs, who were held-up by the Lekelidons before being counter charged and routed by the Ancients on Rinosaurs. 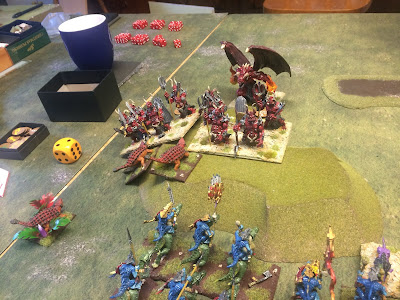 Centrally the infantry lines clashed and the resilient Salamanders were eventually able to win the grind against the more lightly equipped Abyssals. 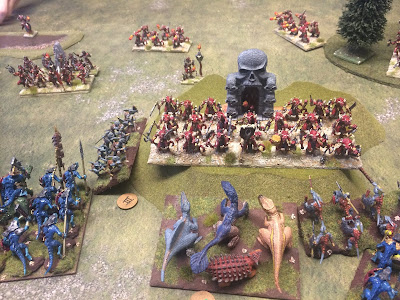 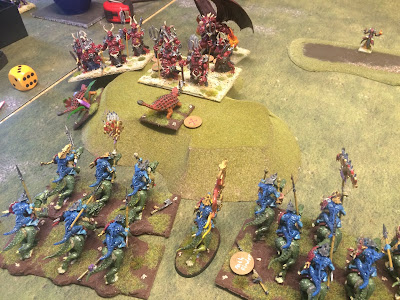 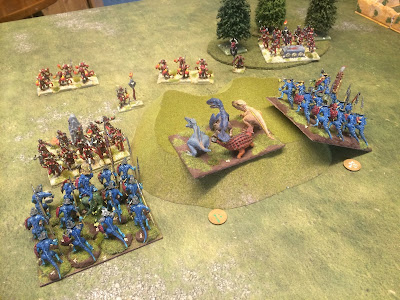 Go a solid win for the Lizardmen in this one, ending the weekend on a win. I must admit though to some distraction as the game overlapped with the end of Stokes innings at Headingly.

Email ThisBlogThis!Share to TwitterShare to FacebookShare to Pinterest
Labels: Forces of the Abyss, Kings of War, Lizardmen, Vanguard