Battle 5 was the last of the second round and saw us back at the central crossroads that had been drawn in round 1. Having lost the first 2 games of round 2, the pressure was on the Allies to score a victory.

The aim as before was to control 2 out of 3 objectives; a hill, the crossroads and a farm. Both sides went for a fairly balanced deployment with cavalry on both flanks. In both cases they enjoyed a slight numercial advantage on their own right.


The opening action was on the French right where the Allies launched a strong cavalry attack seeking to exploit their numerical advantage. On the French's own right the attack was more cautious as they pushed forward to capture the farm. 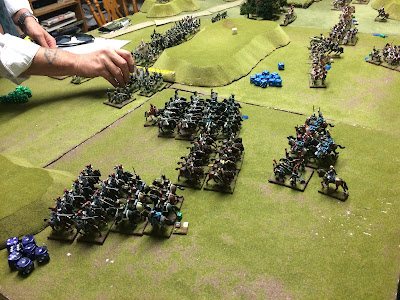 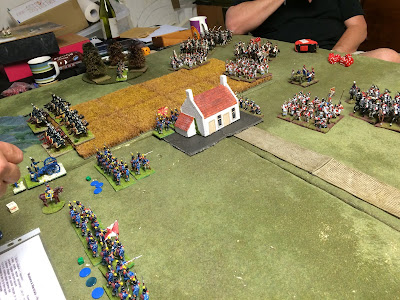 The French cavalry on the Allied right performed better than we might have expected and largely nullified the attack. Both sides fought themselves to a bit of standstill but it did mean the Allies could not sweep around the French left as they had hoped.

On the French right Allied infantry captured the farm but were quickly ejected by superior French forces. Centrally both sides settled into a long-range fire fight as neither felt able to assault the other given the cover available. 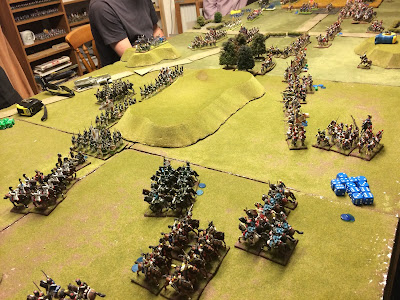 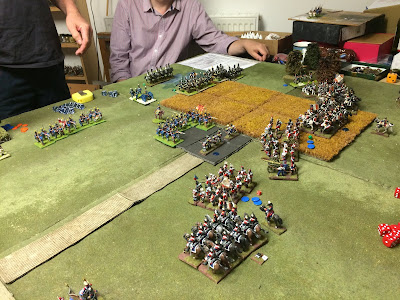 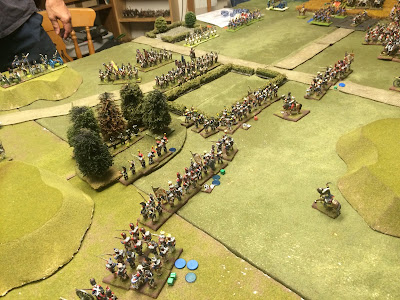 The action somewhat petered-out on the French left as both sides sat behind the hill. The Allies were deprived of their expected Calvary advantage and seemed reluctant to commit to an infantry attack that may prove bloody as they would come in close range of the waiting French guns 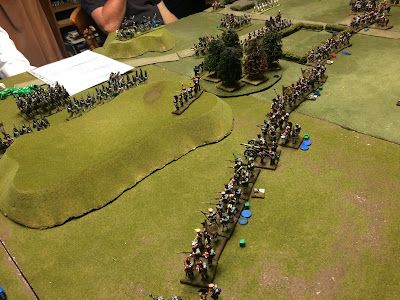 The main action was on the French right - having secured the farm they made their own move and attacked the Allied cavalry in strength. This was successful in forcing back the Allied horse and routing several units of infantry threatening the farm. 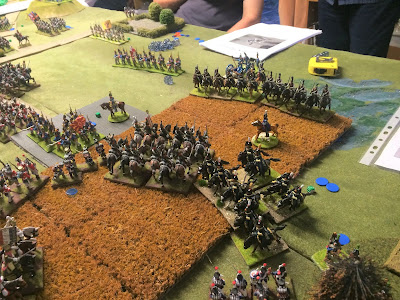 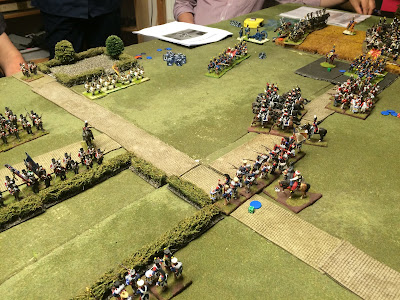 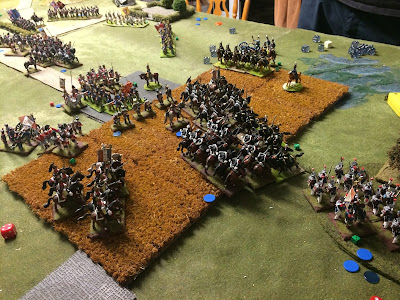 The game ended with both sides in a good position on their own right but on the defensive on their left. The centre was contested and fairly even. We decided on a draw as it was clear that a victory for either side was unlikely to affect the campaign given the outcome of the other battles. 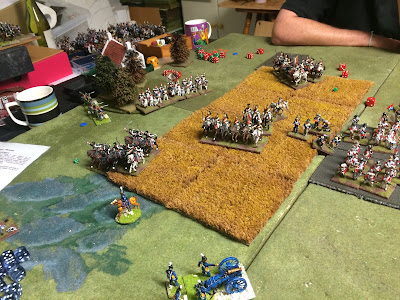 The turn ended with the French on the attack on the flanks of the map but held-up in the centre. Their success at the southern farm means that in turn 3 they can attack the Allied supply base and end the campaign. So this will next game we fight. 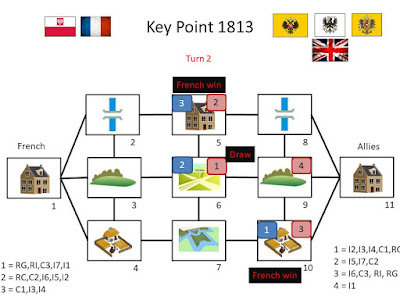