After a few weeks off Kings of War we began a new campaign, again featuring the Abyssals and Salamanders. This time we opted for a simple linear campaign that gave the option for trying out the siege rules. The rules all fit on one page, see below 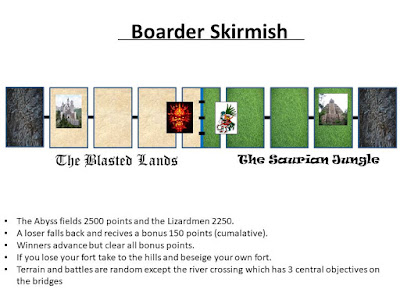 Game one was a encounter at the boarder itself, with the winner being the one to seize and hold at least two of the three crossing points. The larger Abyssal force deployed with the fast units on the right, the main infantry units in the centre, with shooting support, and heavy infantry on the left. The Salamanders massed their hard hitting Rinosaurs on their right, the heavy infantry / battle platform in the centre and a refused left of infantry / Akelidons. 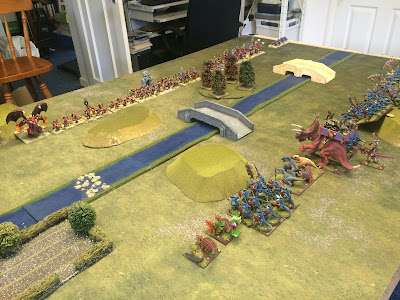 Both sides advanced quickly in their centres looking to capture the bridge in the early moves. The Abyssals pushed forward on the right with the Arch Fiend looking to take-up a flanking position to exploit its flying ability. The Salamanders were more cautious on their right as they looked to inflict shooting damage on the Molochs before charging in. 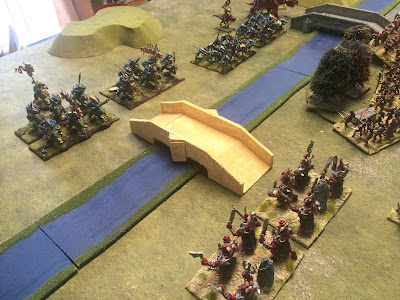 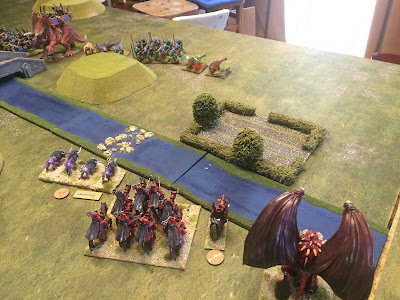 The Succubi were tempted across the river and routed an Ancients unit before being destroyed themselves by the Rinosaurs. The Archfiend gobbled-up an Akelidon but this bought time for the second Ancients to rout the Abyssal Horsemen guarding the ford. 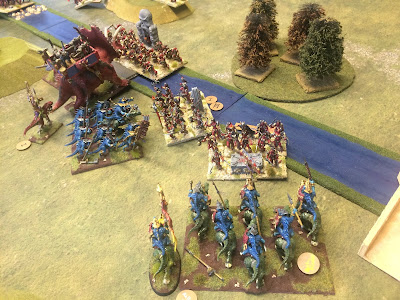 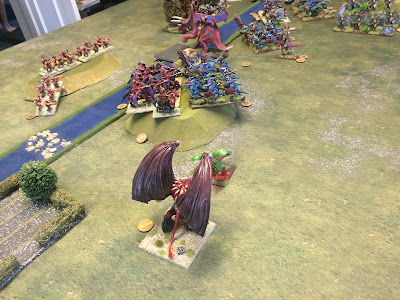 Over the next couple of moves the Salamanders were able to push back their opponents across the line but the marauding Arch Fiend pounced on the flanks and rear of several units, routing them from the table. 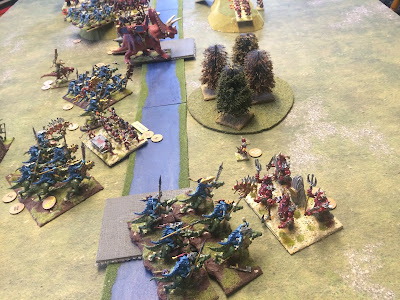 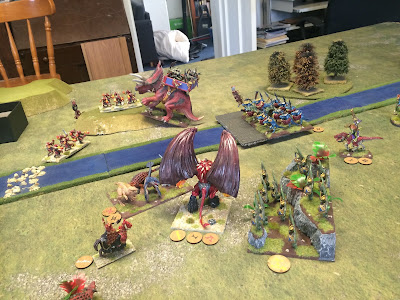 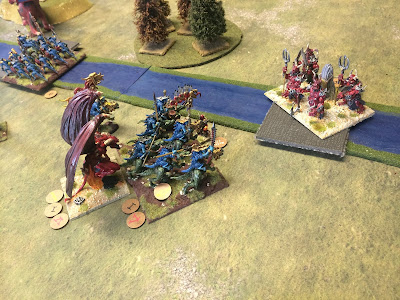 In the end-game the Salamanders were able to hold two of the crossings and bear off the Arch Fiends final attack. A nice close game with the death of the Arch Fiend in turn 6 finally sealing it for the Salamanders. The Battle Platforms first outing was a decent one, with it proving well suited to camping on an objective. 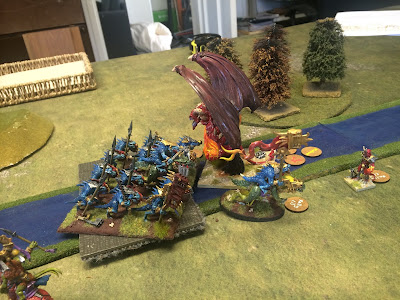 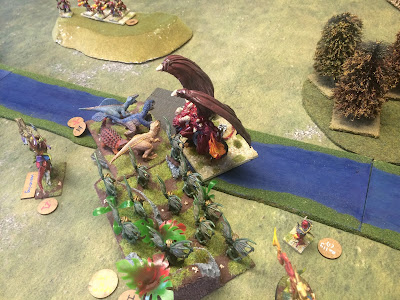