As there were only two battles in campaign turn 1 we moved this week into turn 2. We began with the French attacking the farm complex in square 10. 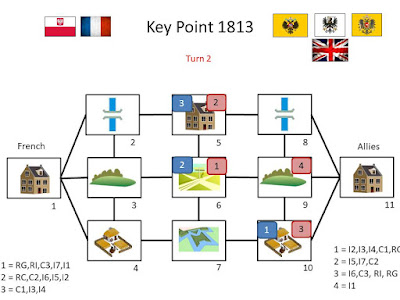 For this battle the aim was simply to capture both the farm complex's. The French had a potential edge in this game as they fielded 3 infantry and 1 cavalry brigades to the Allies 2 infantry and 1 cavalry. Given the scenario both sides opted for a weak centre and strong flanks opposite the farms. The French scattered their cavalry through line hoping to disrupt the enemies advance, whilst the Allies massed on their right seeking to sweep around the farm and isolate it.


Notable was that the Allies opted not to occupy the farm in their half, seeking to avoid an early artillery bombardment on them.


The allies advanced their cavalry rapidly seeking to attack behind the farm on the French left. The French attack was more cautious as they sought to force the Allies into square. 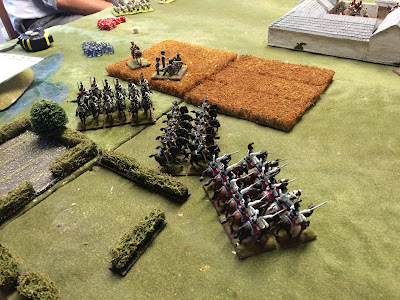 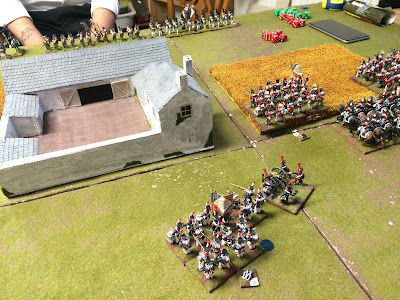 With about half the battle gone the Austrians finally began an attack against the farm on the French left seeking to support the now isolated Calvary. The Allied horsemen manged to rout a unit of French but were faced with a line of squares blocking their way. 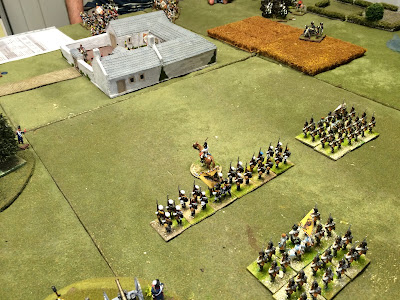 The French's own attack fared better as they managed to pressure the Russians, pinning them to their base-edge and securing the farm on the Allied left. 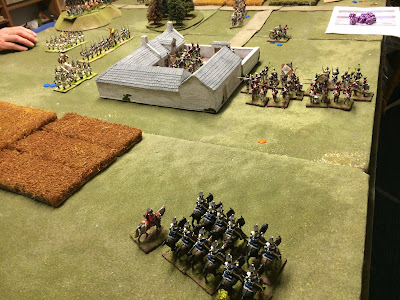 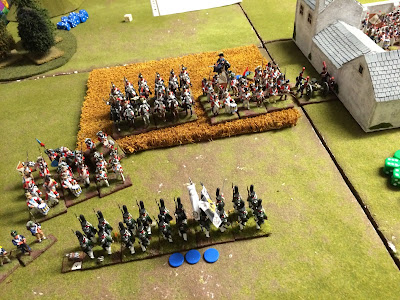 Late in the game the Austrians tried to assault the farm on the French left but were easily repulsed. With the position clearly a poor one for the  allies they opted to quit the field leaving the victorious French holding both farms. 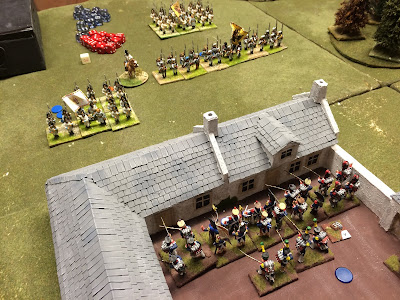 An interesting and decisive battle. It was a bold gambit by the outnumbered Allies but they failed to support the main attack by their cavalry, thus allowing the French to commit their reserves as the main line was not under pressure. 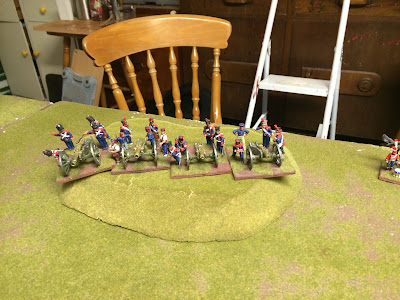