After a weeks break we began round 2 of the campaign with the sides both attempting to capture the northern-most town that had been fought to a draw in the previous battle. The French had a small advantage having taken less cavalry casualties in the previous game.

The two sides choose contrasting strategies for the battle. The French opted to place most if the infantry against the town and to use their cavalry / artillery to delay the enemy. The Allies did not contest the town initially but looked to isolate it by attacking the flanks. Both sides deployed their cavalry on their right, so they were not initially opposing each other.

On the French right their cavalry advanced cautiously but soon came against a solid line of Swedes. Lacking much support they managed a single charge from the Hussars before being pushed back. The French then adopted a more defensive posture and sent the bulk of the units to bolster the left. 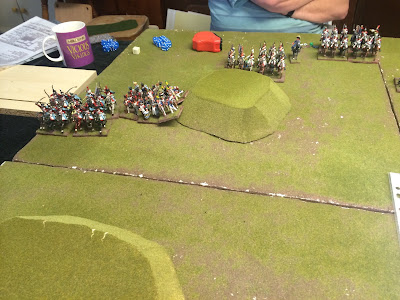 Centrally the French advanced rapidly and within a couple of turns had captured the whole town and set about  reinforcing their position. Skirmishers were thrown forward which delayed the enemy advance bogged down the Hanoverians in a wooded area near the town. 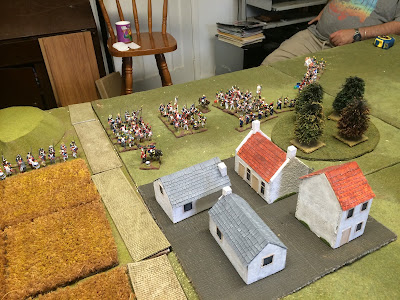 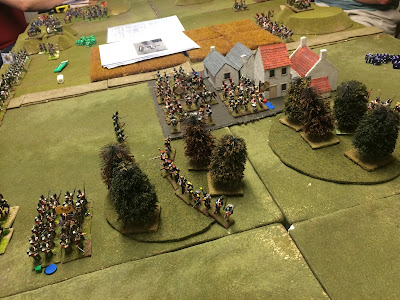 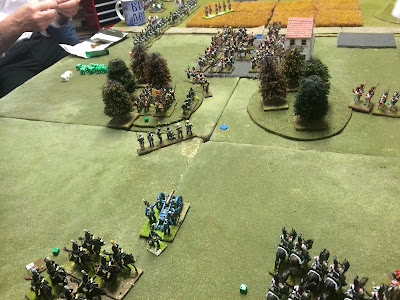 After a considerable delay the Russians launched a limited attack against the French in the town but were halted by some accurate musket and artillery fire without  being able to launch a series assault. 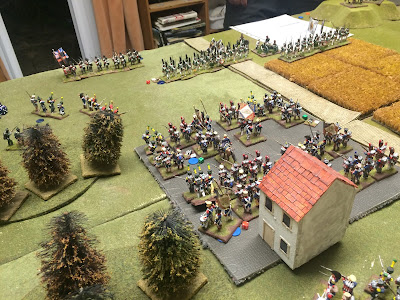 The major allied effort was against the French left where they hoped to sweep around the town and isolate the troops garrisoning it. The advance was a steady one which allowed the French to feed troops from the right and centre  to oppose the attack. 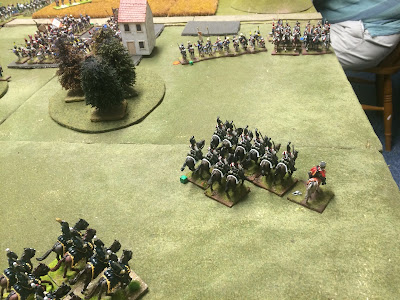 The initial cavalry clash favoured the Allies as their Russian cuirassiers routed their opposite numbers, but their blood-up they pursued off the table and took no further part. In the second clash the French dragoons triumphed over the Swedes and so left the Allies unable to contest the flank. 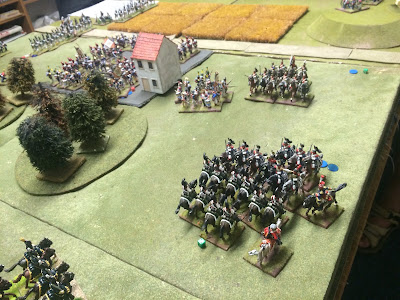 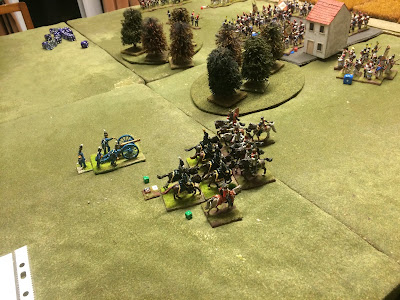 With the French left secure and the whole town in their hands it was declared a victory for them. Its always interesting to have two distinct plans and the Allies approach could have worked, but perhaps their attack was too cautious and needed some infantry support to succeed?
Posted by Wargamer Stu at 05:09