In best Blue Peter tradition I like to make something over the Christmas period that I can use in my forthcoming games. This year I opted for some siege equipment to go along with the inclusion of sieges in Clash of Kings 2019. It should see action in the upcoming Crusader historic campaign and also the planned fantasy campaign.

I already have some mantlets and ladders from a previous game so I've supplemented them with siege towers and catapults. More details below..... 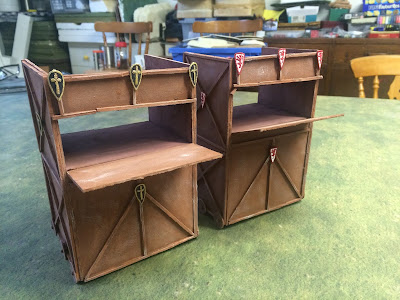 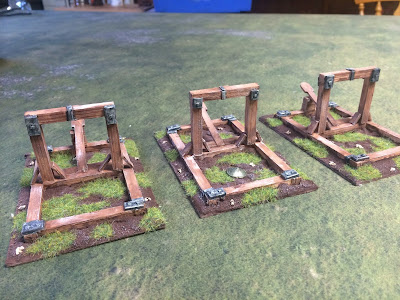 These are constructed from 6mm beading obtained cheaply from the local DIY store. Each is about
100mm long by 60mm wide. The card on the corners adds some strength to the but-joints and also allows some detailing later. 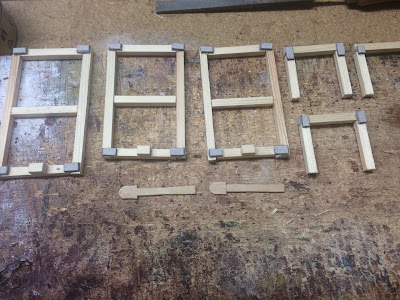 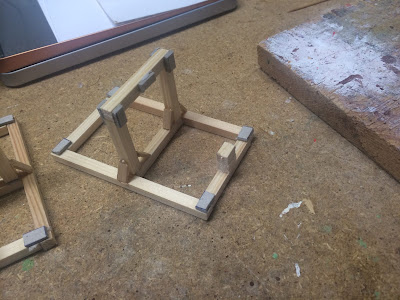 Simple frames are constructed for the "stop" and then catapult arms added from a carved lolly stick. The whole construct is then added to a base for additional rigidity. I opted not to bother with wheels but these could be easily added. 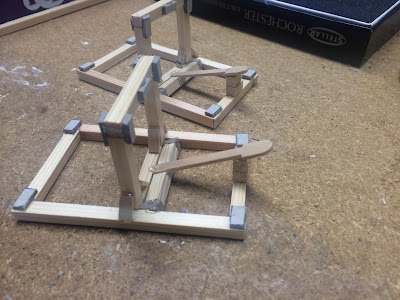 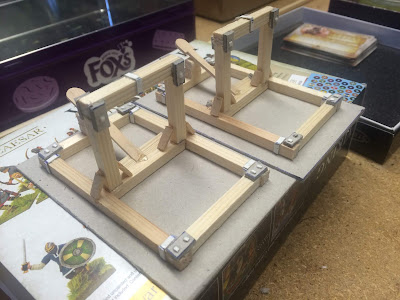 Finally they are painted with acrylics, which really bring them to life.

The siege towers were a slightly more involved build. I started with 3 sides made from card with reinforcements that would support the floors - vital to make the structures rigid. I went for 120mm wide and 190mm high, with space to accommodate three standard Kings of War infantry regiments or Armati units. 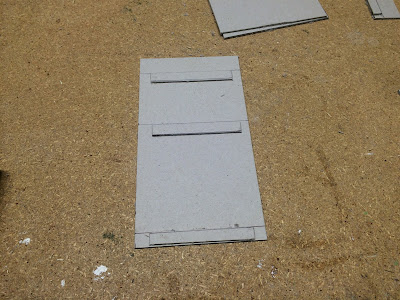 The sides of the box are then glued in place, with one hinged to form the draw-bridge. I did nt add chains or ropes but this could have easily been done at this point. The whole structure is glued with PVA and made from 3mm artist board. With the walls and floor in place it surprisingly strong.


Detailing is needed though otherwise these would be somewhat slab-sided and dull. So I went for some timber framing made from extra-long matches, again glued with PVA. Wheels were added from some 20mm round plastic bases leftover from my Perry 8th Army. 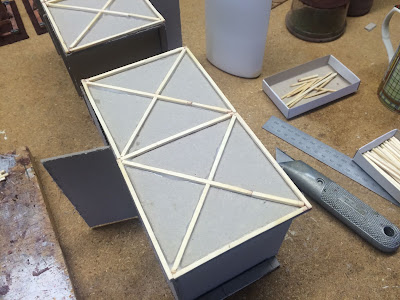 As with the Catapults it they were finished with acrylic paints and dry-brushed to bring out the textures.

Email ThisBlogThis!Share to TwitterShare to FacebookShare to Pinterest
Labels: terrain