KOW Vanguard - forces of the Abyss

The final output from my Christmas painting surge is the Forces of the Abyss for Vanguard. Basically they are demonic army with lots of cheap stuff and some hard-hitting backup.


Lower Abyssals are basic melee Grunts to bulk out the army. 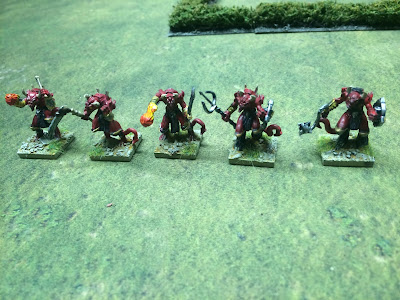 Succubi are slightly tougher melee Warriors. They also have Fatal Attraction which reduces the chances of enemies hitting them. 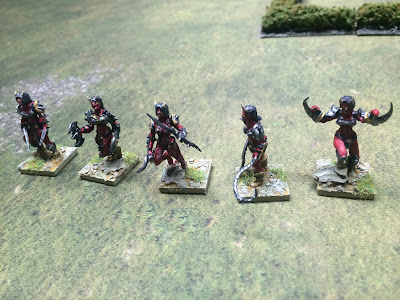 Flame Bearers are basic shooty Grunts with a short 9" range. 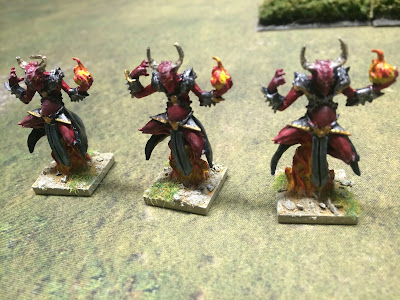 Abyssal Guards are another melee Warrior unit. This time with Crushing Strength and better armour than the Succubi. 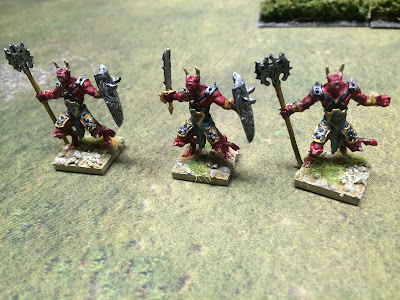 Succubi Lurkers are a Support unit. These are stealthy scouts with good melee but weak armour, so perhaps assassins to take out other players leaders. 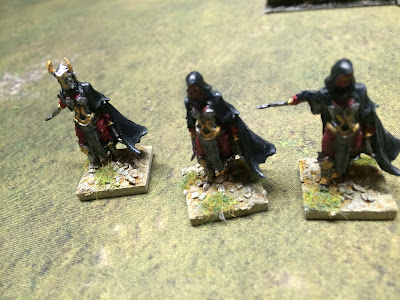 Gargoyles are quick flying melee troops with good regeneration. I think these are my favourite models and paint-up well with my favoured wash/dry-brush method. 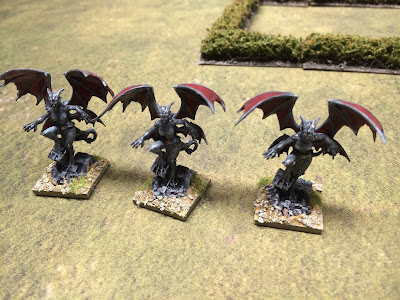 The Hellequins are fast and hard-hitting Support troops, providing some much needed attack power. The Blood-masque (axe armed)  is one of the Command options - he's melee oriented with no warband-wide abilities. 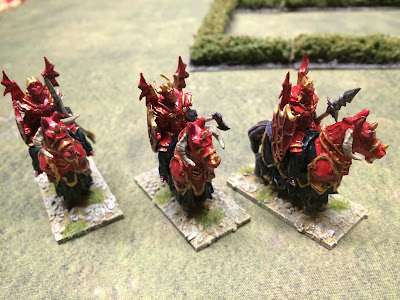 The Seductress is a further Command option. She's quick and string in melee with the ability to confuse the enemies using various tricks. Generating good power dice I can see her being popular. The Imps are a high wound (3) Grunt unit that may be food for tying-down the enemy. 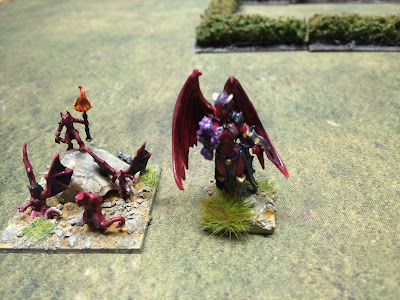 The only Caster available is the Abyssal Warlock. He's a basic caster with some regeneration. The model is a great concept seeing him sat atop a demon. Being Large though its a choice between him or the Despoiler in most games. 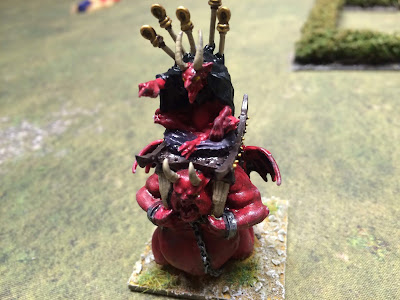 The Despoiler is Large and a is a big, strong, tough, fighter who will want to  engage the enemy rapidly. 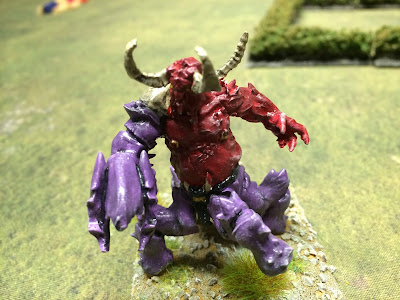 Finally the whole army. I've not played it yet but on paper it seems the plan would be to take lots of cheap Grunts / Warriors to unlock the plentiful Support options. You then likely have to chose to take either the Warlock, the Despoiler, or the Hellequins as the centre-piece of the warband. 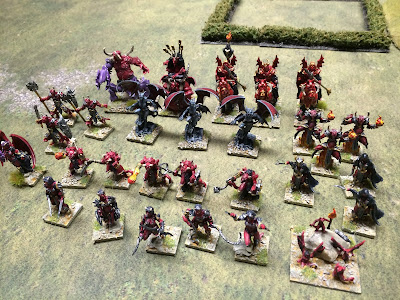 Email ThisBlogThis!Share to TwitterShare to FacebookShare to Pinterest
Labels: Vanguard