This weeks scenario is the second taken from Kings of War. Both sides get 5 objective markers - 2 x Hon, 2 x 1 Hon and 1 x 2 Hon. You each place counters in the enemy half of the table face down, with the scores revealed after 5 turns. You score full Hon for objectives in your enemies half and 50% for objectives in your own. So you can bluff the enemy as well as needing to balance attack vs defence. 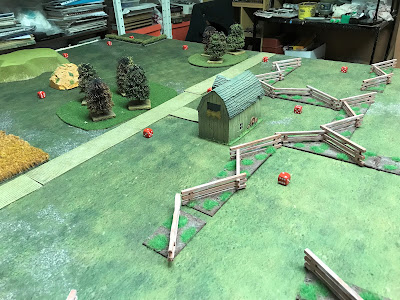 The Confederates adopted an initially defensive posture, looking to see where the Union might attack. 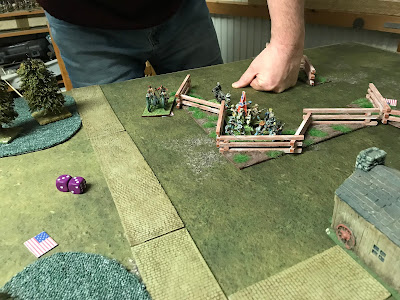 The Union moved forward, but the attack was a bit piecemeal and that allowed the Rebs to focus their fire and destroy a couple of units. They in turn pushed forward but time ran out before they could take much territory. 2-0 Confederates. 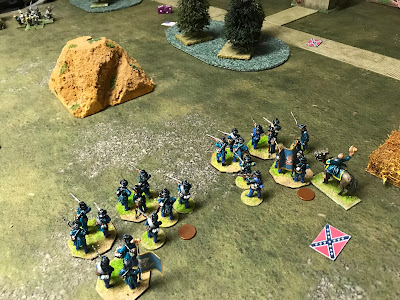 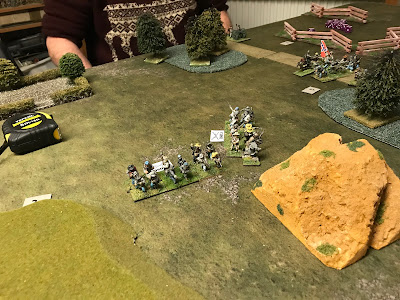 This was a larger game with 32 points a side. Both sides stacked the east side of the table, with strong forces in the centre. 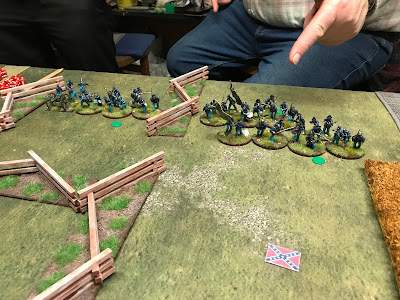 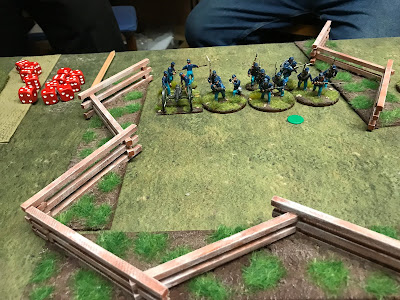 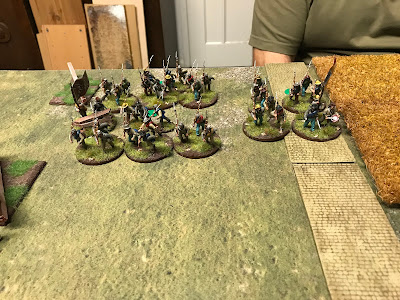 The Rebs got the first move and quickly advanced to capture the central house. This created flanking fire on the planned Union attack, which dissuaded them from advancing for a few turns. 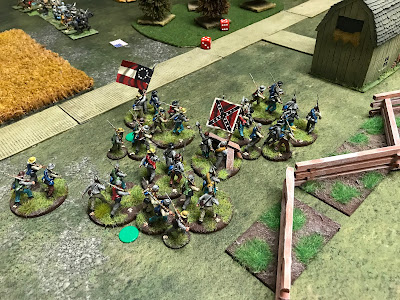 In the West the Rebs native unit charged forward and broke through a unit of Union line advancing on that side. 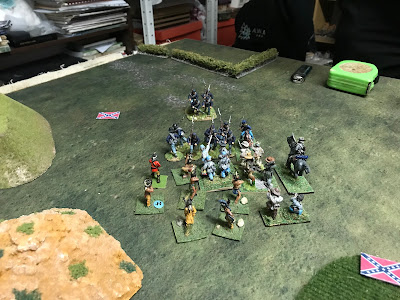 Back in the east the Union tried to reposition for a central attack but found that route blocked. So they tried to switch back to the well defended east and finally decided to advance. They marched into some well entrenched defenders and came to a stop in cover. 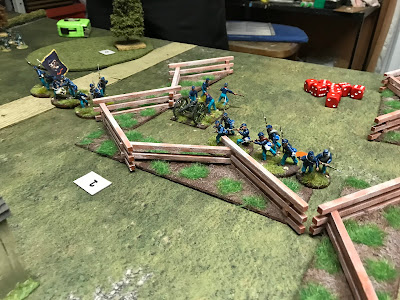 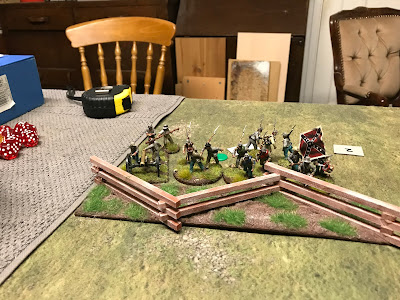 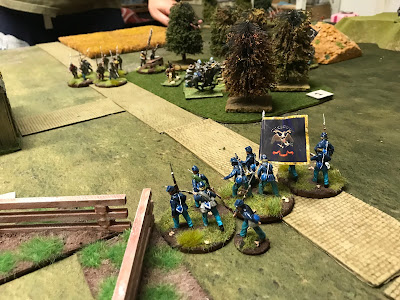