As we had 4 players this week we opted to play a single game. The attackers were trying to storm a fortified camp while the guards tried to hold them off long enough for help to arrive. We played 36 points of Union vs 24 points of Confederates. 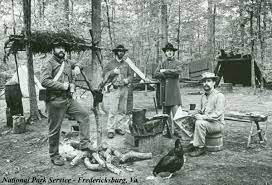 The Union went for a fairly elite force and massed mostly in the centre and west if the field. The Confederates had to place small unit of camp guards into each of the 6 zones making up the camp. The reinforcements were Aggressive / Poor Shots as they anticipated more fighting than shooting. 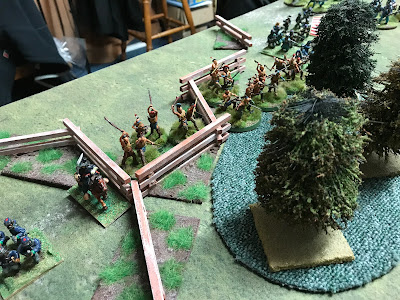 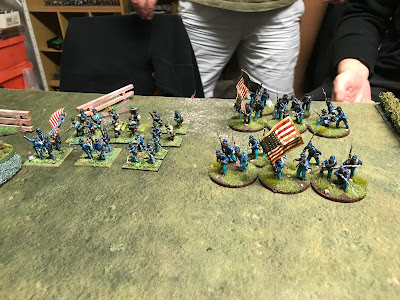 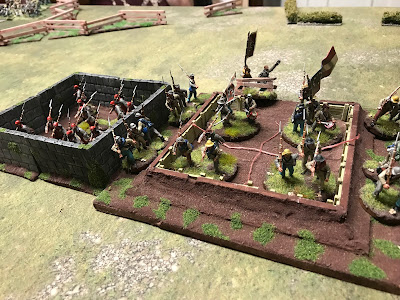 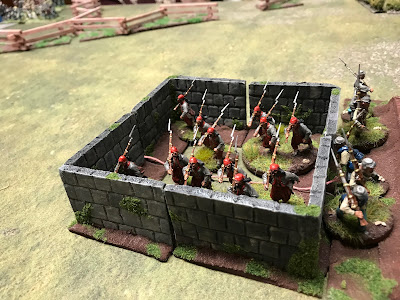 The Union advanced through the woods with their native unit while the artillery pounded the camp iwth accurate fire that severely weakened the front troops. Centrally they chose to shoot not attack in the hopes of blasting the lead units of defenders. 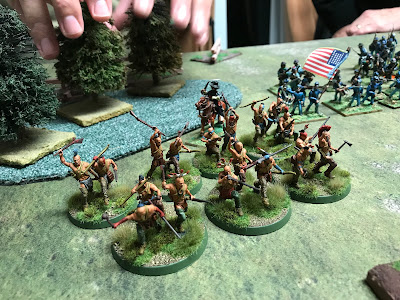 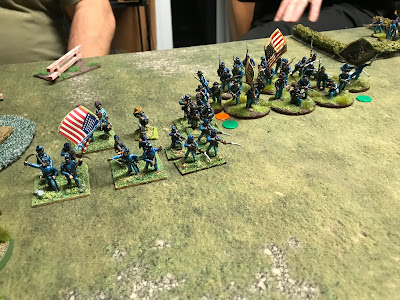 As the reinforcements began to arrive the Confederate fire from the camp focused first of the natives, destroying them in quick order. It then focused on the leading Union line infantry, stopping them in their tracks. 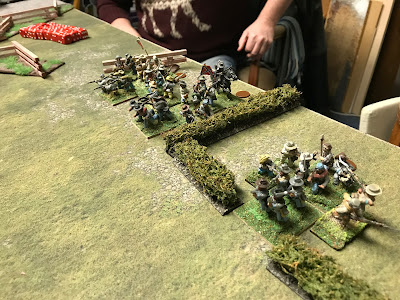 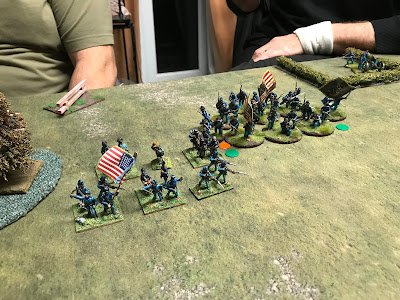 With the artillery clearing out the front of the camp the attacking Federals were able to establish a foothold in the camp but were thrown back and then eventually routed by the arriving reinforcements. 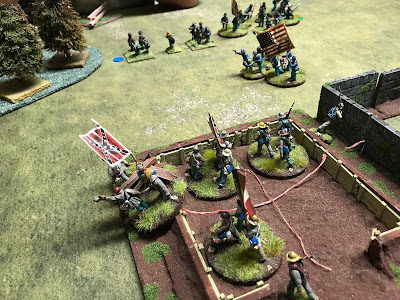 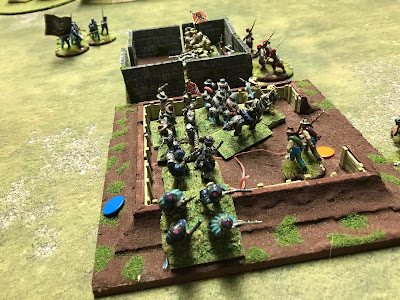 A  second attacking wave was also sent in but bounded off the now well entrenched Confederate reinforcements. The game ended with the Union having looted only 1 of the 6 zones and having taken heavy casualties. 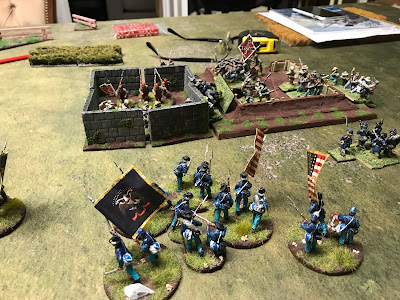