In the first part of their attack on Hill A the Germans were able to capture the summit of the ridge. In part 2 they had to attack down into the valley beyond to clear the British from their new defensive positions. The terrain was fairly open with a small farm house and a ruined temple the main features.


The Germans initially deployed a strong force of Fallschirmjagers on the British left, aiming for the cluster of Jump-Off Points on that part of the table. A strong base of fire was established on the ridgeline with HMGs, mortars, and a recoilless rifle. The Marder II was also deployed in the first turn. 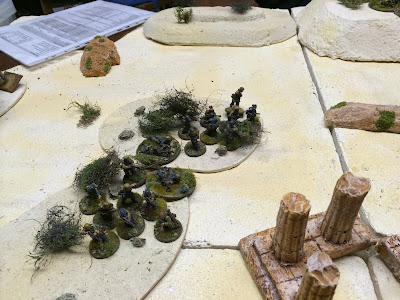 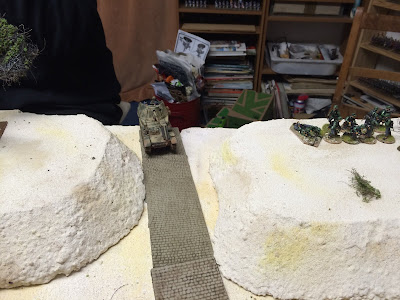 The British countered by deploying support weapons in the farm, a solid line of infantry in the centre  and more infantry covering the gully on their left. 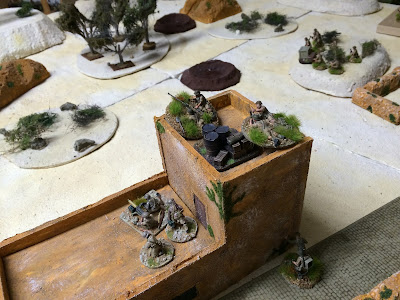 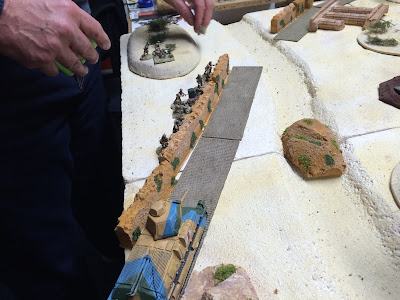 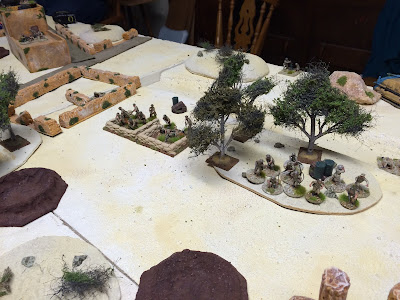 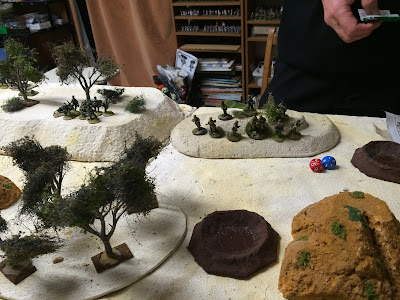 After an initial advance the German attack on the British left was stalled by the arrival of a Matilda to shore-up the defences. This left a section of Fallschirmjager isolated in the gully and forced to Go-to-Ground under heavy fire. 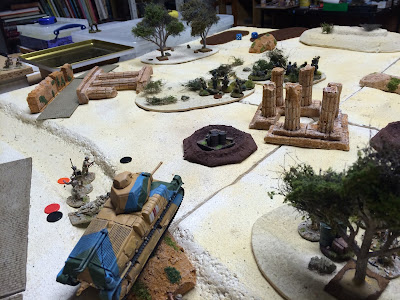 With the British defence fairly well set, the Germans began a period of fire combat where they sought to pin the defenders and create an opening. Accurate British mortar fire severely damaged the  Germans base of fire but at the same time there was attrition amongst the infantry ranks. With the main assault on the British left badly stalled, they advanced some troops against the right in the hopes of sneaking an objective marker.


The end game was a chess match - the British mostly waited on Over Watch while the  Germans sought  a lucky round of fire that pinned enough defenders to allow an assault. In the end of coarse this happened over on the British right with a Fallschirmjager section managing to capture an objective after about 6 hours play (2 evenings). 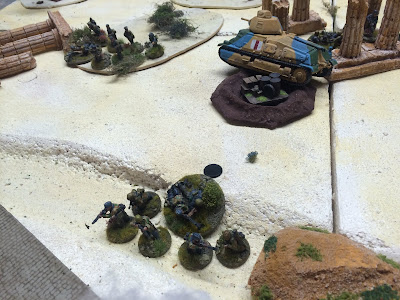 Easily our longest game to date and a cagey affair from the German attackers. In the end the superior assault rating of the veteran Fallschirmjager was the difference as with enough rounds of shooting they would likely always get an assault somewhere against a pinned opponent.