The fifth game of the campaign marked the beginning of the end-game as the Germans launched an attack on the village guarding the approach to the airport. The British occupied the village, with a low hill guarding the left flank. Walled fields and vineyards formed the centre of the table and a dried-up stream bisected the board. 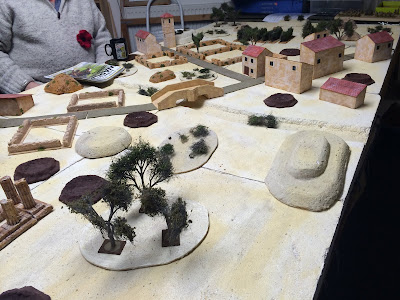 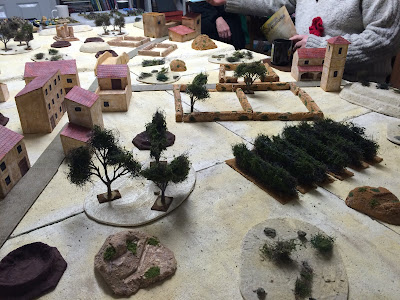 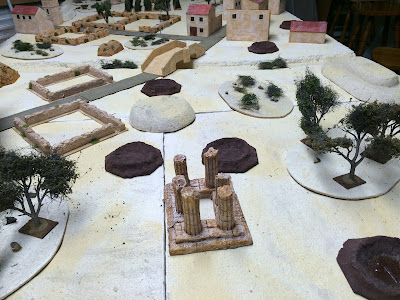 The Germans deployed a strong base of fire on their left flank, with infantry across the line to threaten all parts of the British line. The Commonwealth forces deployed into the village and the woods guarding their left flank, supported by the Matilda. 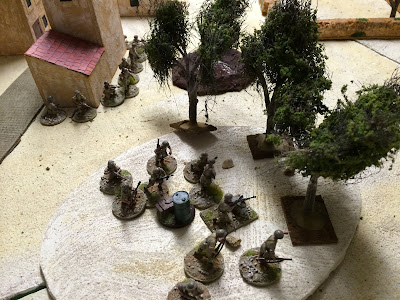 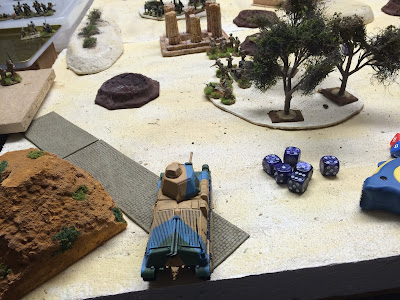 The Germans pushed forward on the flanks under cover of heavy mortar fire, aiming to launch and assault against the British. 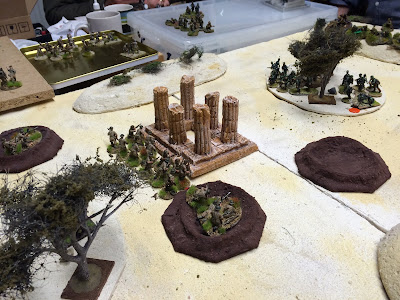 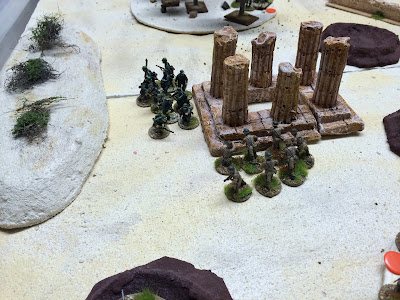 The British had some success in delaying the Germans but themselves suffered under the intense mortar bombardment that had zeroed-in on their positions. With the British partly pinned the Fallschrimjager moved forward along the dried-up riverbed. 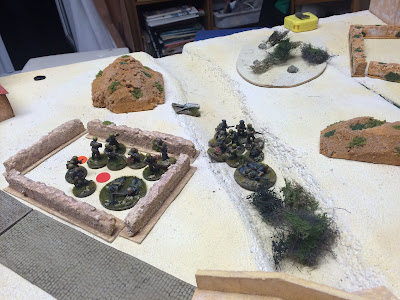 With their right under threat the British deployed their Bren-carrier to block the German advance. This was highly effective in delaying the Germans who's moral failed when they attempted to storm out of the vineyard.

The German mortar fire continued to pin and weaken the British defenders, enabling the Germans to mass their forces for a likely attack. 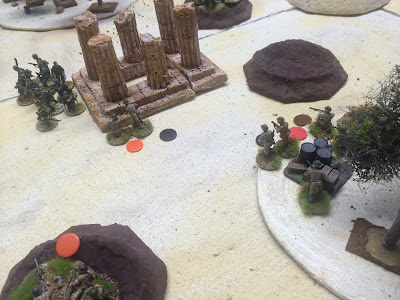 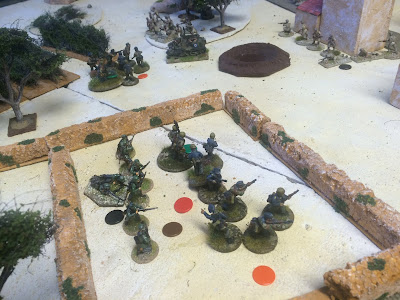 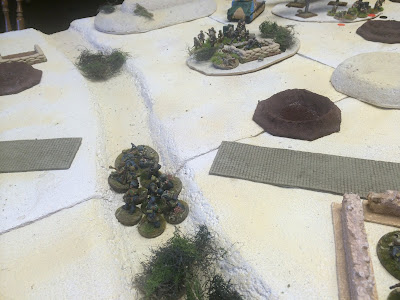 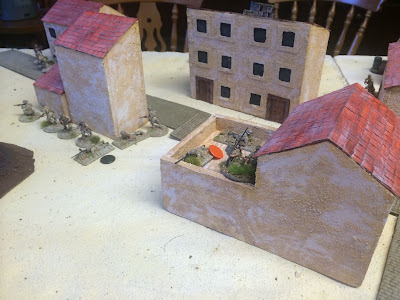 As the evening drew to a close the Germans were poised to launch an attack but had yet to do so. Later it was clear that we were probably within 2 moves of the end of the game so I took the decision to solo-play the last couple of decisive moves.

This saw two assaults on the British defences. The Fallschrimjager attack was repulsed but the defenders badly mauled. The other attack was however successful in seizing the objective.