For this year's Christmas game we will be refighting one of the major battles of the English Civil War - Marston Moor. As well as being a large battle it also features a number of Scottish units so we can field the fruits of recent painting labours.

The scenario is shown below, with a fairly simple battlefield featuring a Parliamentary attack on a Royalist force mostly deployed behind a ditch. 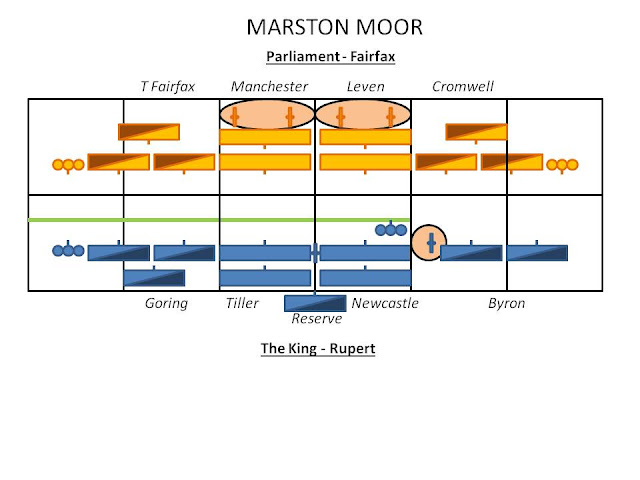 We will be using the familiar Victory without Quarter rules but with a few small tweaks.
The Army lists are also shown below 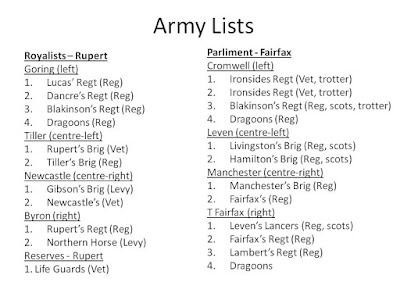