This weekend Roy hosted the last of a series of Waterloo games in 20mm. A full report will follow on http://hintonhunt.blogspot.co.uk/

This time I played Wellington, my first time on the British side in all our various games. I wanted  to pay tribute to the Unit of the Week - the British rocket battery. 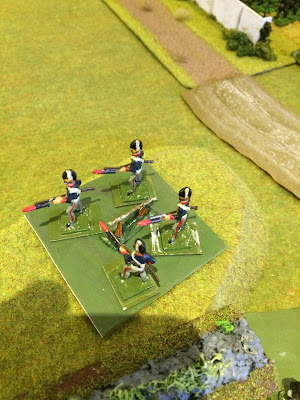 They may be unassuming but they accounted for 2 artillery batteries, 2 cavalry regiments, and an infantry battalion. I'm pleased to say most of the casualties were even French, with only a single battery on the British side falling victim to them !