After a short break to paint Le Haye Sainte I'm managed to complete the final regiment for my Montrose Irish Brigade. So I now have a core force of three regiments for my Scottish royalist army. 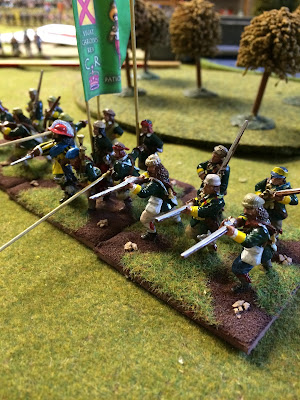 The final part of the force to complete is the three regiments of highlanders. So that's about 40 odd tartan-clad nutters to do.  I have a cunning plan though as I've just bought some new (stronger) glasses. I will paint them with the new glasses but look at them with the old ones! ﻿
Posted by Wargamer Stu at 06:12