Just the two games with week with me umpiring a couple of players new to the rules as they missed last weeks game. Both played To the last bullet - where the defender loses 25% of their troops but gains some harder cover and slightly easier victory conditions.

The British attacked with a good quality force of mostly Indian troops  and so numbers were fairly even die to the lower quality of the Russian infantry. 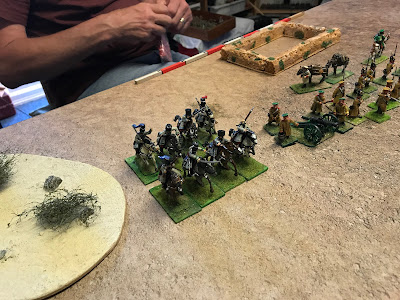 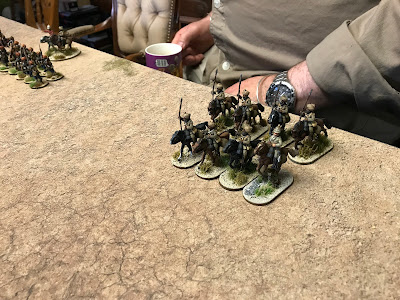 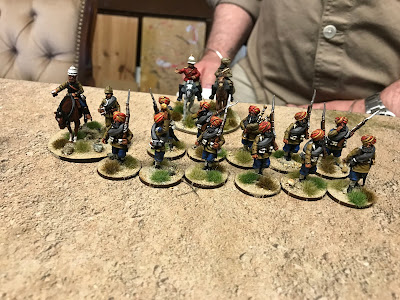 The Russians initially deployed quite far back but then decided to push forward into the terrain in front of the hard cover.  The British moved forward with the Bengal Lancers but their attempted charge  fell short, opening them to Russian fire and counter attack by the Cossacks.
With the Lancers destroyed the Russians pressed forward and began a protected shooting battle with the British, which they initially did well in as the 23rd Foot and Mouth were pushed from the table, The doughty Indians rallied though and began routing the Russians. 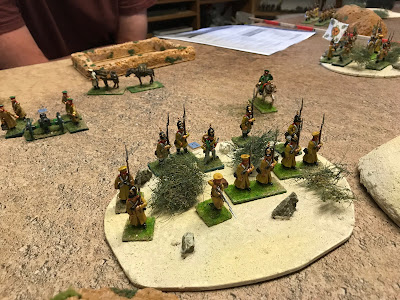 In the end the Russians fell back into the cover and the British were too badly damaged to really threaten them. Russian Win 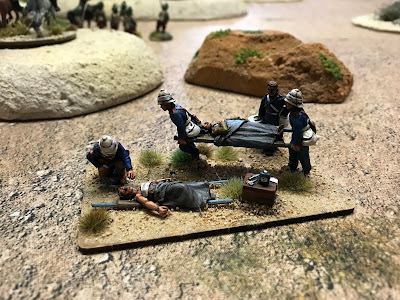 This was a larger game than the first with the British on the defensive They deployed in a shallow arc centred on the fortifications, with Lancers on their left. The Mahdists simply filled the board edge. 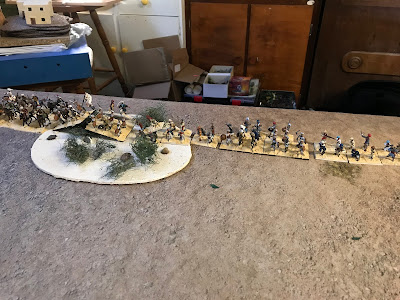 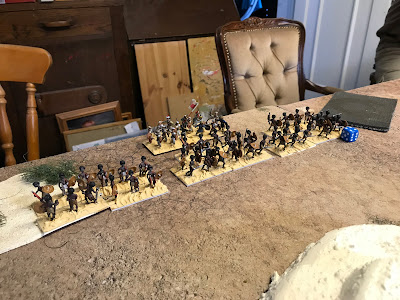 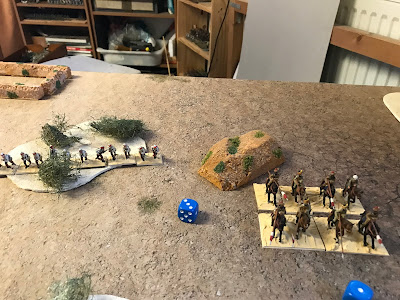 The British sat back behind the cover as the Mahdist advanced, until they decided to launch a spoiling attack with their Lancers. This routed a couple of units but unsupported was soon cut-off and overwhelmed.
That treat dealt with the Mahdists continued to carefully encircle the British before launching their own attack.  Too spread-out the British were pushed-back and badly damaged, but did manage to prevent the Mahdists capturing the  fortification. Mahdist Win 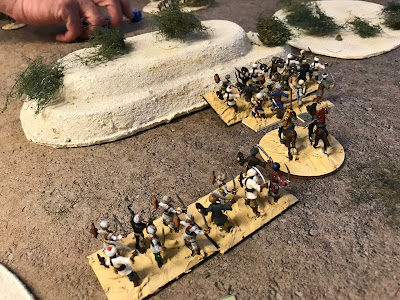 So the leader Board has been updated using a weighted average and giving credit for more battle fought. 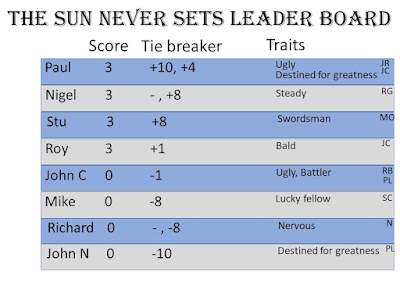