We're about to start our next campaign - some 28mm colonials using the Osprey The Men Who Would Be Kings rules. These are another from Daniel Masey's Dragon Rampant range and share similar mechanisms to them and games like Pikeman's Lament.

We managed two games of 38 points a side but the pictures are all from the first. The scenario saw the imperial forces attacking a Mahdist defensive position. 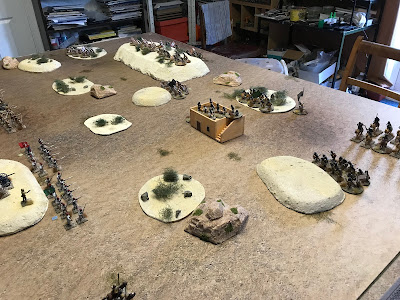 We went with a mixed force of British and Egyptians lining up against a large enemy force.

The Mahdists were well dug-in along a ridge and had lots of terrain to hide in. 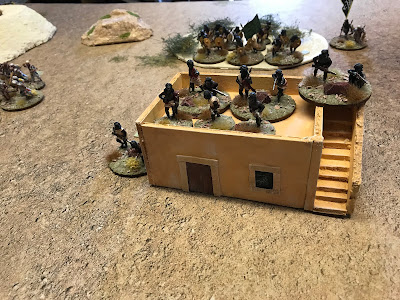 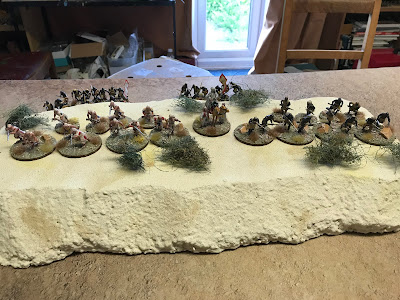 The game proceed quickly with the Mahdists attacking the Egyptians while the British advanced for the hill. 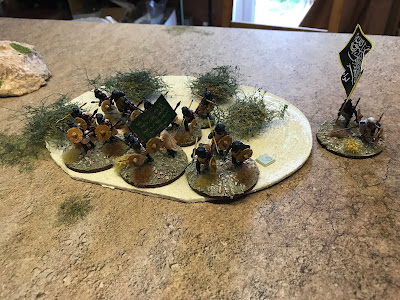 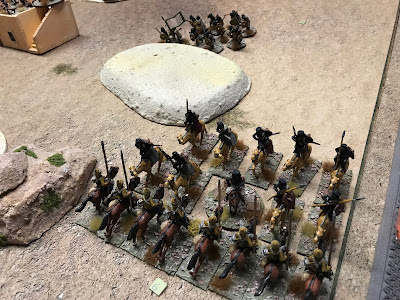 The Egyptians suffered some badly-timed pins which hampered them and eventually they broke. 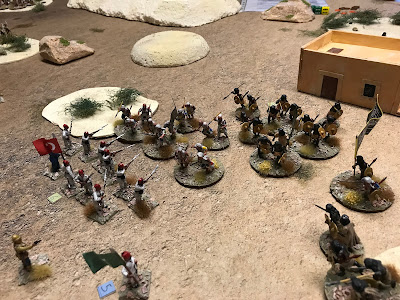 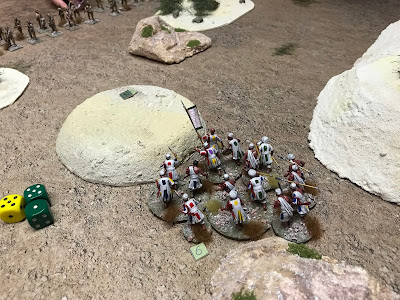