Our latest venture is a colonial campaign using The Men Who Would Be Kings. The plan is to fight a specific scenario each and carry forward officer traits for the CinCs from week-to-week.

This week  we had three tables running Just Passing By, where the two sides must try to break through each others lines and get as many units off as possible. All three games were Sudan, two 28mm and one 20mm.

The results after week 1 are 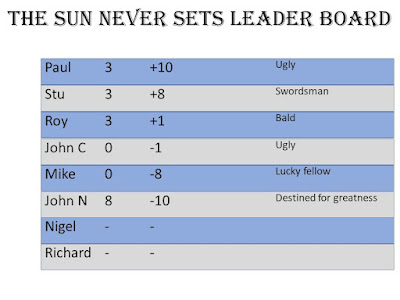 The Mahdists moved quickly to grab the central building and flank the British unit, looking to attack the naval brigade who lead the advance. 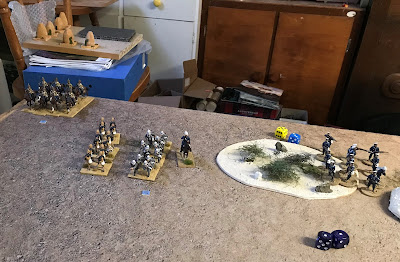 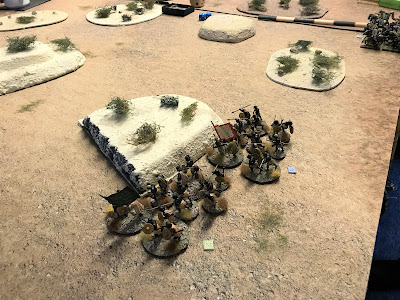 Once in position they charged over the hill and were able to score heavy damage before exiting the table. Mahdist win. 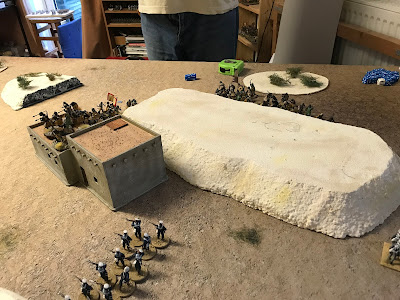 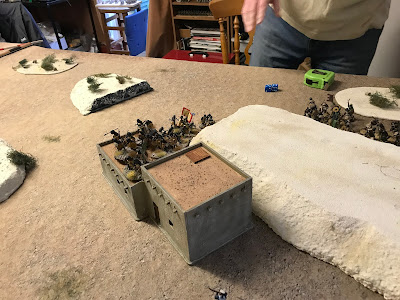 I was in command of the Mahdists on this table. My plan was to block the Imperial advance with some rifles and cavalry, whilst pushing most of my infantry towards the exit - essentially the British would have to block me or I'd win as I had more scoring units. 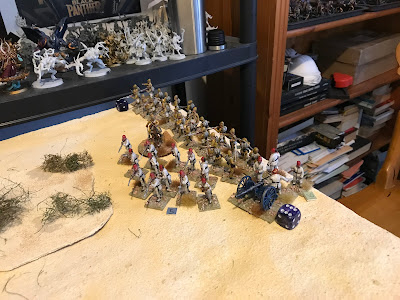 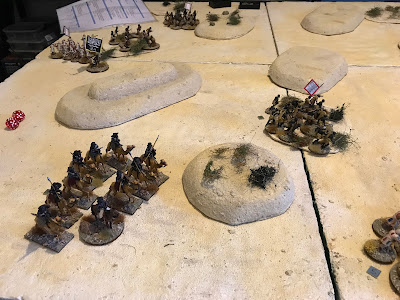 I was able to get into position fairly quickly and so even had the option to envelop the British columns rear as well as block their front. 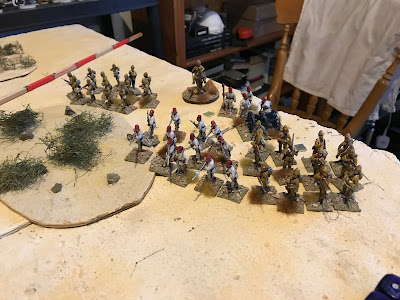 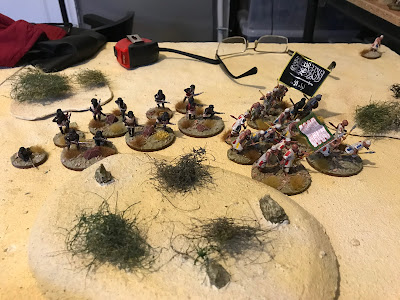 In the end in opted to sacrifice the blocking forces in a suicidal charge to slow the British and simply snuck most of my units off the table. Mahdist wins. 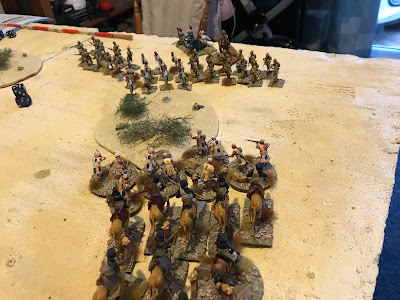 Our largest game featured some wargaming antiques with Roys 1960s Jacklex figures. In this game the players misread the scenario rules and though that they had to exit the table from their opponents starting point rather than one the short edge opposite their deployment zone. So the tactics were affected by this on both sides.
The British advanced a little way into the table before setting up a defensive position based around some  low hills. The Mahdists made a large flanking manoeuvre as they looked to get most of their forces opposite the exit point. 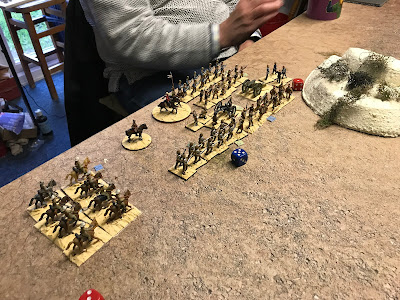 The Mahdists then launched a series of fierce attacks against the British as they sought to hold the line. 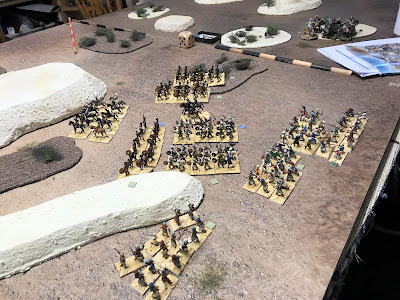 Losses were fairly light on both sides and no-one was able to get any units off the table. British wins 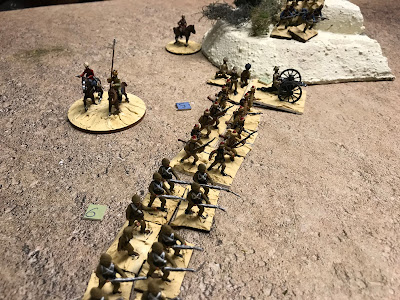 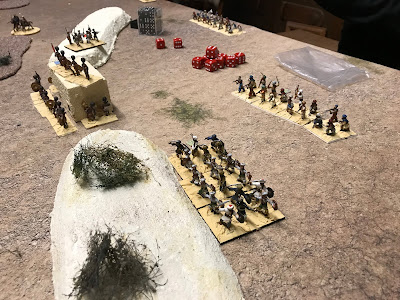