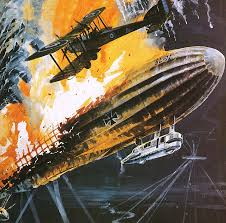 This week saw our first Ace as John's kill total was 6 after the first game of the night - Zeppelin busting. This was a successful mission for the British as they downed the goliath and saw off the fighter escort.

Game 2 went to the Germans though as they successfully intercepted a British recon flight and were able to shoot John down in his first mission as an Ace. This leaves most players on 3 kills but Mike is poised to make Ace next week on 4 kills. 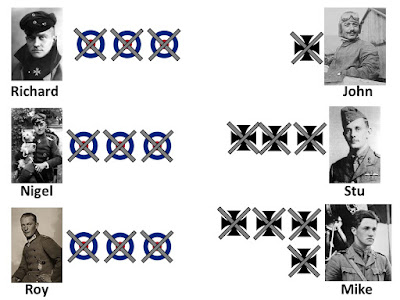