This week's game was the penultimate one featuring the Demon Drech'nok vs Abbess Severina. In this instalment both are seeking recover various power crystals around the battlefield to power the Demon Portal. The scenario was Fools Gold - both players place objective markers worth 0,1, or 2 VPs in the enemy half, face down, They are revealed at the half-way point, so lots of options to try and dupe the enemy. 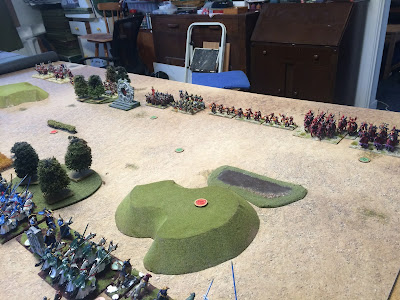 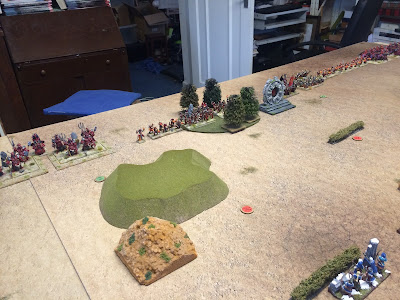 The Abyss went with a line spread across the table with a fast left (Abyssal Horsemen) and a tough but slower right (Moloch demons). The centre was Abyssal Guards and lots of shooting. It subsequently transpired they had spread their objectives fairly evenly across the table. 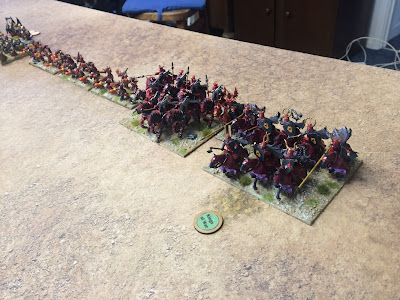 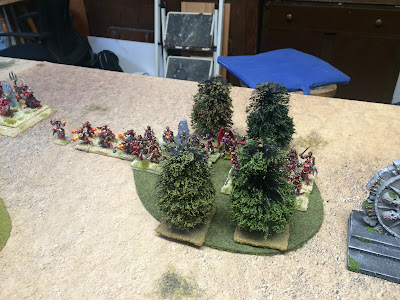 The Basileans went for a punchy army with Ogre Palace guards, Boomers (Ogres with 9pdr cannons) and some Paladins in the centre. The right was Knights and flying with Ogres in support, with the left left vacant except for a sole unit of Scouts. All the scoring tokens were on the right opposite the Knights. 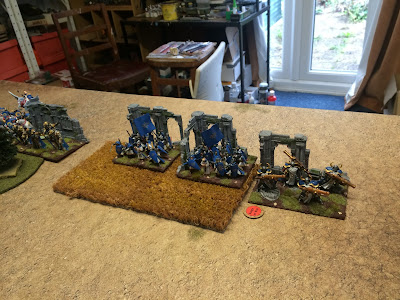 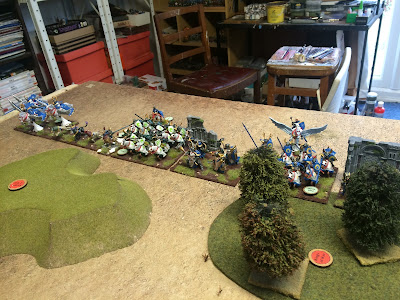 On the Basilean right I attacked swiftly to try and exploit the advantage I had there. some average rolls and dreaded double-1 for the Nerve test meant the enemy Horsemen died but lasted a turn longer than expected.  In KOW on a double-1 am unit holds no matter how badly damaged. 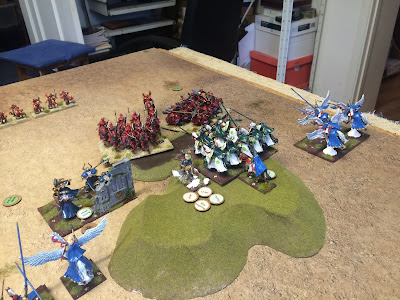 Centrally things were pretty even with the Basileans eking-out an advantage until the unopposed Molochs arrived from the Abyssal left. The Molochs got stuck-in but managed to roll three double-1s  on Nerve tests against outnumbered opponents. This probably cost them about 2 turns 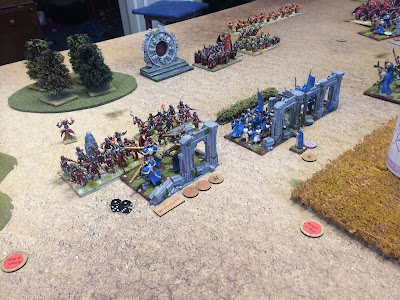 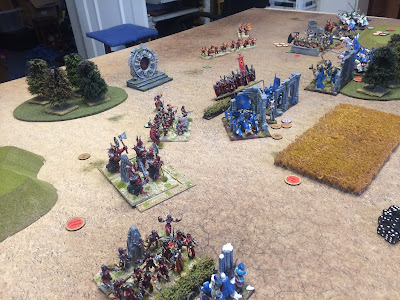 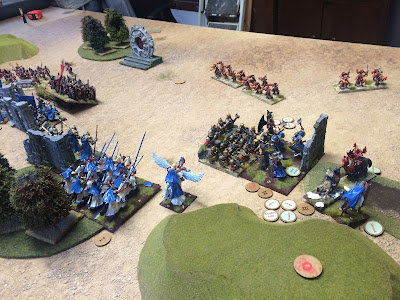 Having cleared their right the Basilean cavalry were able to turn the flank and move to support the units in the centre, claiming 3 points worth of objectives. 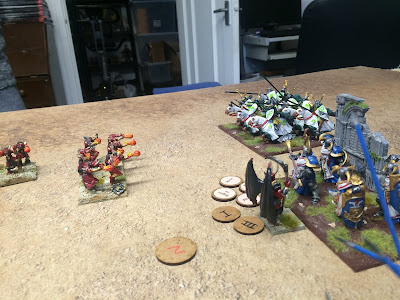 With the Abyssals held-up on their onw right by stubborn Basilean resistance the game ended a 4-3 win for the men in blue. The Boomers first outing was a fairly short and bloody affair - they pushed-up and even with 18 shots did very little damage, they then got double charged by Succubi and deleted ;-( 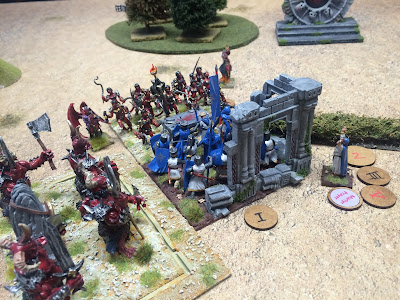 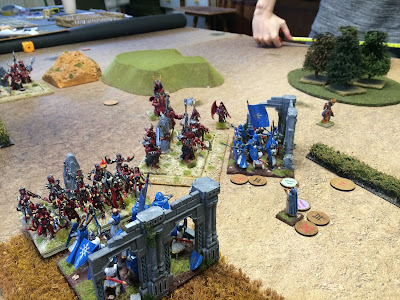