Now that work is mostly back to normal I've had less time to paint that previously, but I've managed to complete a few things over the last two weeks.

I've added a further unit of Azabs to the Ottoman forces - these are the first full unit of the Wargames Atlantic Afghan figures. I'll probably have three of these in the end to form a brigade. 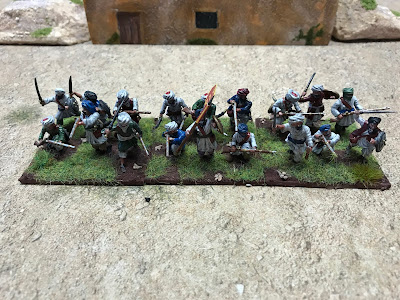 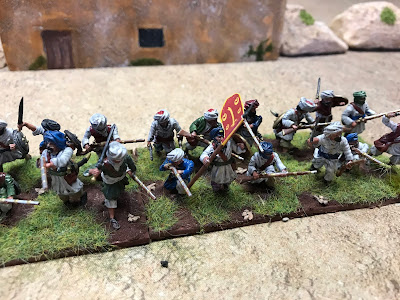 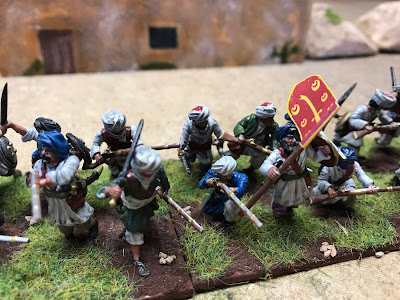 The other painting is some Abyssal Dwarves from Mantic. These are evil dwarfs corrupted by demonic forces. I've based these singly for use in Vanguard skirmish games but they can also be used for mass-battle gaming.

The command group is an Immoral Guardian, an Overmaster in a battle suit and a Mobile Katsuchan rocket launcher. 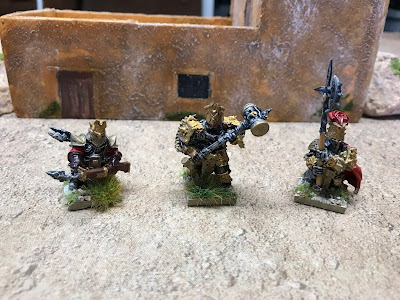 The rank and file are in a couple of types. The Decimators are ranged troops a type of blunderbuss. Blacksouls are your basic grunts with hand weapons. 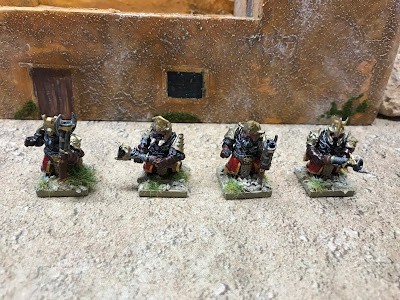 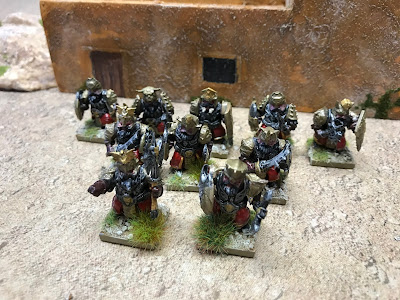 You also get some dogs on the sprue, which add a bit of speed to the force. 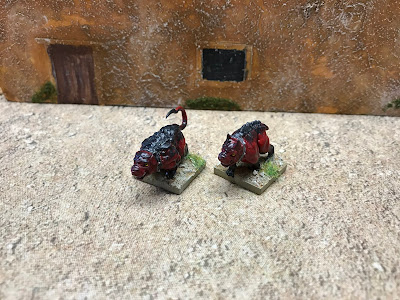 The final elements are a hexcaster and the large lava monster Charnox. 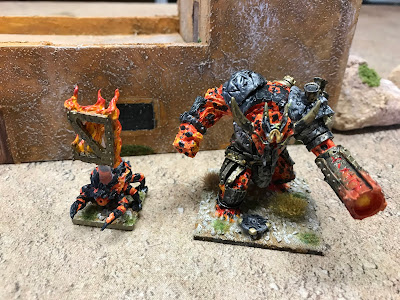 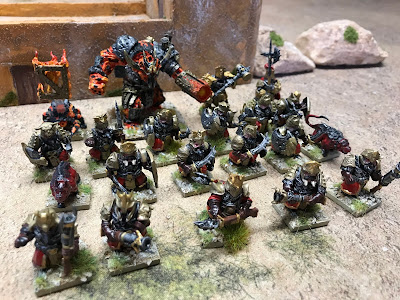