We had another game today in the ongoing KOW campaign - pretty sure its Sunday but who can tell these days! The scenario was Dominate again - points score for Unit Strength within 12" of the table centre (marked by a tower in this case).

The title needs explain though. Shambling units can nt double but can be Surged by wizards casting a spell. Each hit moves them forward 1" in the shooting phase. Surge (5) is fairly typical and means 2" - 3" forward on average. This out of sequence movement has lots of subtle possibilities but is random.
Undead have many Shambling units and surgenanigans as a key tactic. 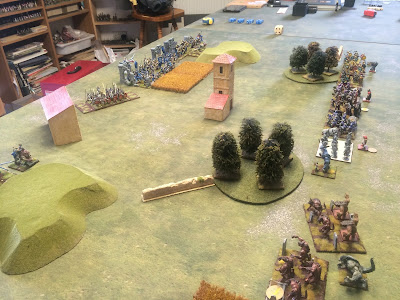 The Undead had a more elite build than previous games with the centre containing 2 * Mummy Regts, 2 * Revenant elite skeletons, and the very nasty Vampire infantry unit. The fast flank was Werewolves and skeletons in support. 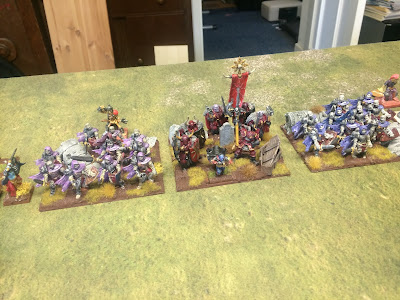 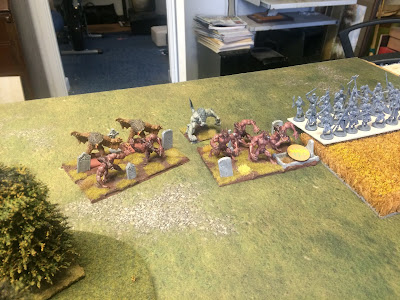 The Basileans featured some additional chaff units with the Sisterhood battle nuns screening the core troops from attack. 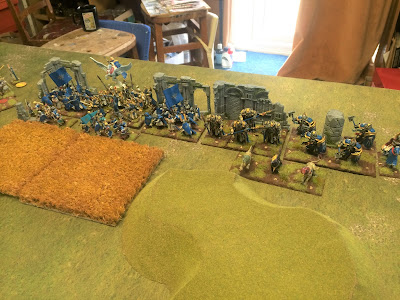 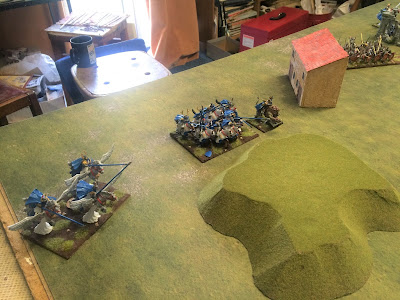 On my left the cavalry faced-off against the Werewolves. The Lycians were channelled by the terrain into attacking serially and were eventually defeated in detail by my Knights. 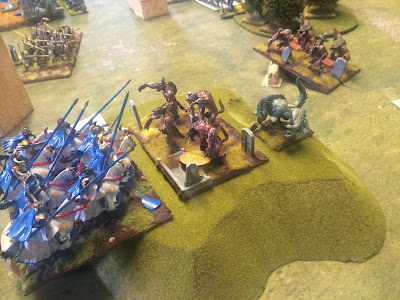 Centrally the Sisterhood charged the Vampires and were able to waver them, so pinning them in place for a couple of precious turns. While my Ogre Guards got stuck into the skeletons on my left. This was a longer fight than I hoped (the dreaded double's saving the Undead again!) 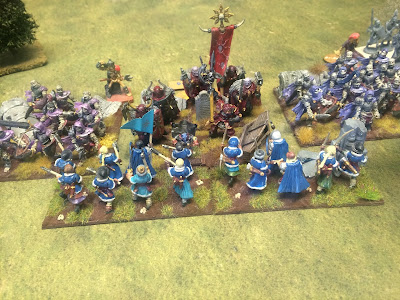 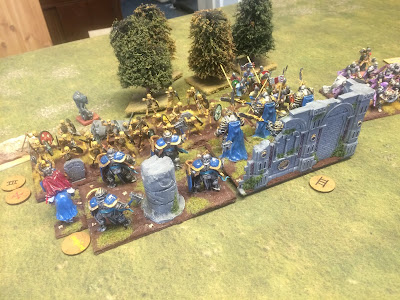 Over on the right I was eventually able to mop-up the Werewolves but lost my cavalry in the end. a 2-1 swap so a good one for me, but it did leave a large unit of skeletons unharmed. 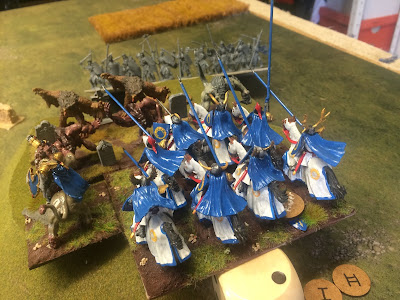 As we entered the Undead move in turn 6 (I moved first) I was 17 - 6 ahead on Unit Strength, wining handsomely.  This called for some long-shots by the Undead.

The next effect was for me to move from a 17-6 lead to a 13-11 loss thanks to surgenanigans and the Vampires hot dice. 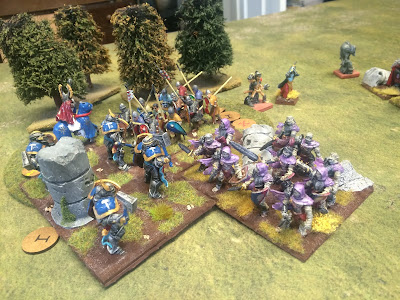 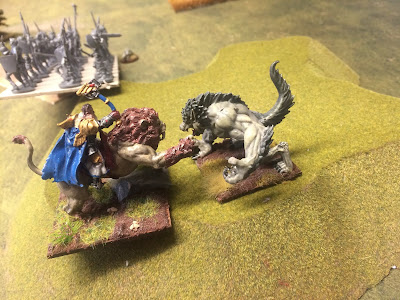 So another win for the Undead and a second territory captured by them. 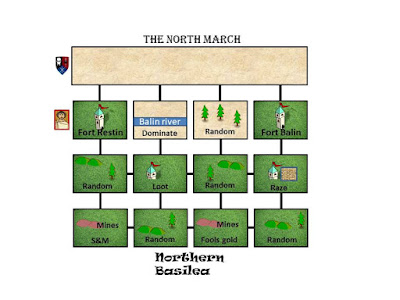