Having painted the 20mm Late Romans I decided to play a solo game to test their mettle. The opposition comprised of Arabs; 5 units of mixed spear and bow, 2 units of heavy cavalry 1 of light horse archers and 1 unit of light infantry javelinman. Having seen ‘Battleground’ with Edward Woodward on Youtube  I thought it to be in order to return to the heady days of the 70’s and use WRG 4th edition. 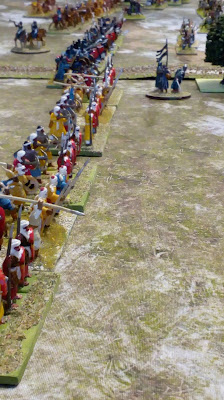 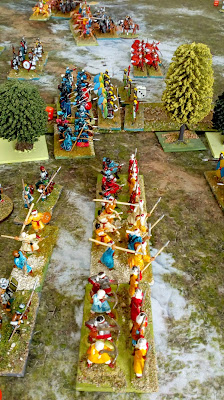 Needless to say the Arabs infantry were run over by the Romans infantry who the rules armed with long thrusting spears and darts. The cavalry fight was a lot more evenly matched but they also were sent packing for the desert. 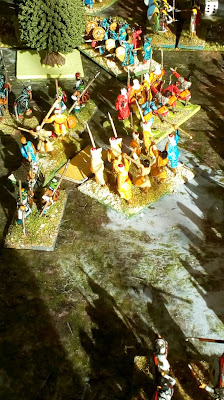 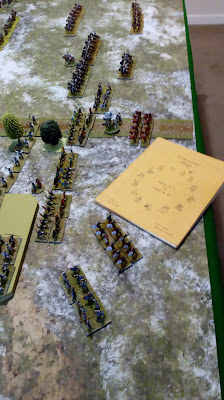