As a break from Kings of War we've played a quick intro game of Ronin - Osprey's samurai skirmish game which has now been adapted for Three Musketeers too. 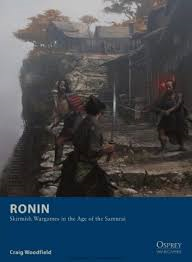 The core mechanic is a Combat Pool of attack or defence counters that boost that aspect of combat. You can choose the mix and when to play them in the turn. Each round of combat last a series of turns until neither side has any attack counters left. In many vs one combats the pool is err pooled for the larger side but you are limited how many you can spend on each combatant.

So you could Bansi with lots of attack counters and hope to blitz the enemy before he responds or block with all defence counters.  Combat pools are 3 for samurai with lords about 5 and peasants at 1 or 2. So some subtle variations possible in bigger combats.
We played some short combats to demo the rules as the lords watched on.... 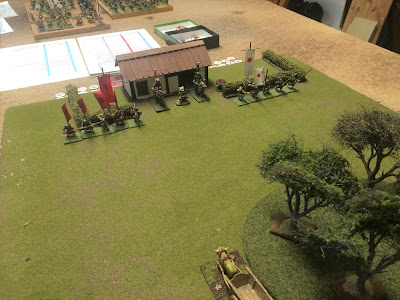 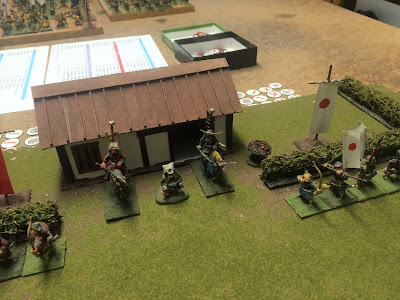 A quick 1 vs 1 that lasted a couple of rounds and took about 5 mins to resolve. 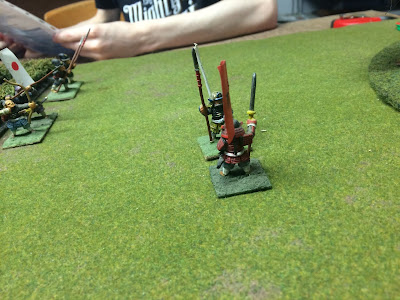 A slightly larger combat with a mix of weapons and troops. Weapons like spears crease your initiative and so chances of going first in melee. Big swords do more damage. The best is the Naginata (Glaive) which increases both. 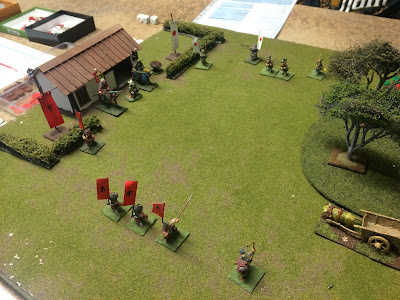 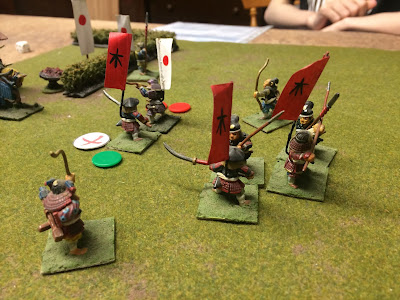 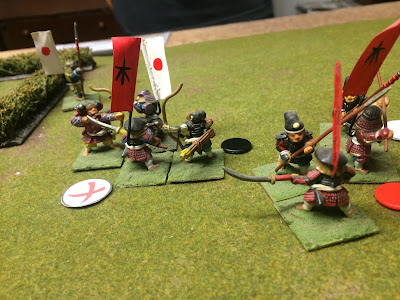 Email ThisBlogThis!Share to TwitterShare to FacebookShare to Pinterest
Labels: Samurai