In the second battle of the campaign the plucky Tommie's launched their own attack to try and overrun one of the four Drop Zones needed to win the campaign. The target was one of KG Sturm's DZs on the north of the map. The terrain consisted of a wooded valley occupying about half the table with a area of scrub and fields in the other. A church provided the Germans with some cover. 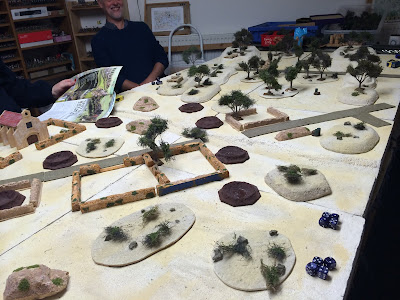 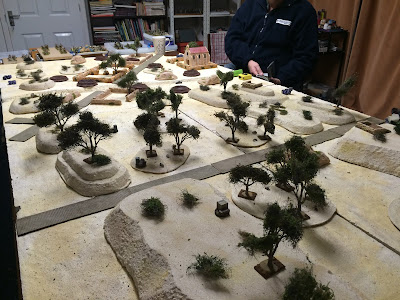 The British mostly picked off-table mortars as their reinforcements, rounding the force off with a Matilda, some HMGs, and a little additional infantry. The British attack started cautiously with infantry deploying into the wooded valley whilst the mortars quickly found the Germans range. 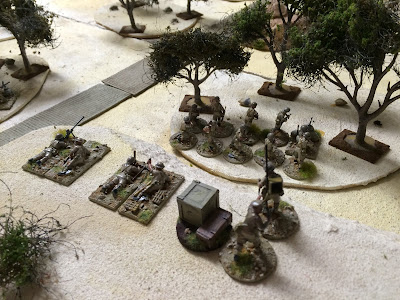 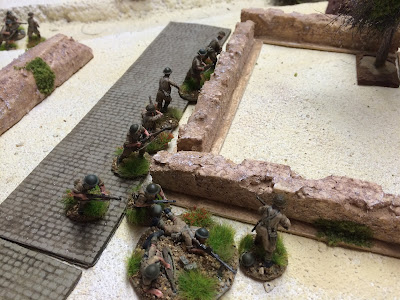 The damage was limited against the Germans deployed along the ridge, but did keep them pinned for the opening parts of the action so limiting their ability to react to the British build-up. 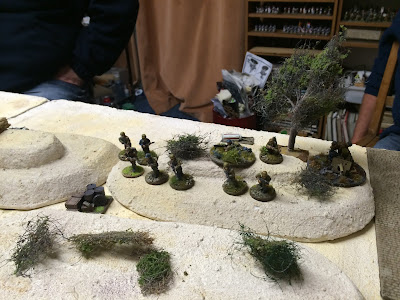 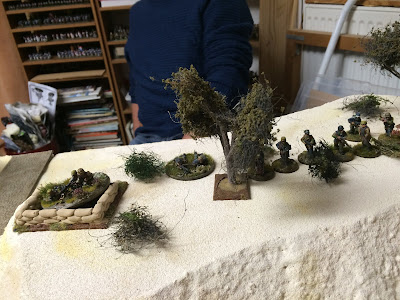 The Germans also occupied the church guarding their left, with one (later two) sections of Gebirgsjager occupying the churchyard. 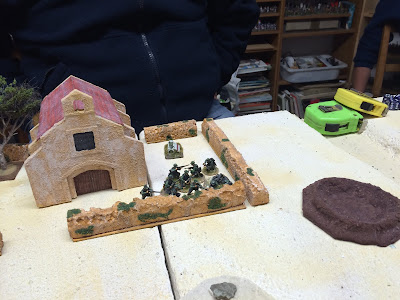 With the appearance of the British armour their attack moved up a gear. As the tank trundled up the road towards the Germans main position, the British massed two sections for an assault against right.

Disaster struck though as precious armour was brewed-up by a lucky hot from a German recoilless gun located on a hill top. It was rapidly dispatched but the damage had been done.
On the British left a small force kept the Gebirgsjager occupied and eventually attracted the attention of the Marder II we had allowed the Germans to air-land into the DZ. Although making limited progress they did occupy the Germans attention and thin-out the defences. 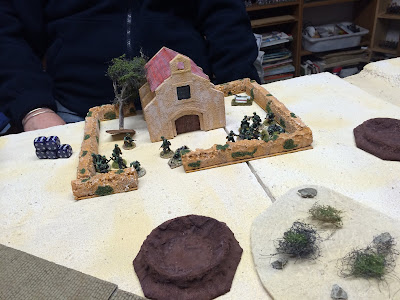 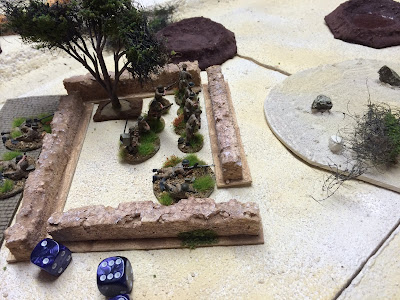 Despite the loss of the armour the British were in a position to launch and assault against the Fallschrimjager holding the ridge-line. Accurate mortar and HMG fire pinned the Germans whilst two sections stormed the hills. They swept the outnumbered defenders aside and captured the hill. More or less in concert a Bren carrier was able to storm forward and capture one f the German Jump Off Points. The German line was now flanked and one JOP had fallen with little chance the Germans could stage a successful counter. A second JOP looked likely to fall and so a British victory was declared rather than fighting into a second week.

Having completed the first round of battles both sides have succeeded in capturing one of their objectives. The Germans are slightly ahead as the British have lost one of the tanks in their strategic reserve. 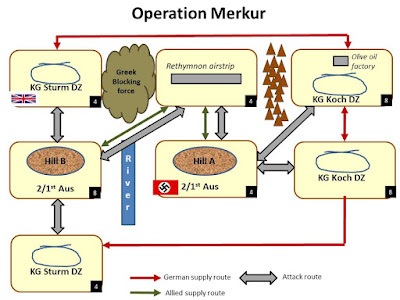