Over the bank holiday weekend I was able to complete a new batch of figures for my Kings of War lizardmen but had nt had time to post them to the blog. I've been able to add three new units to the growing roster.

The first are Kaisenor Lancers - the fastest of the mounted units at 8" but with average melee and survivability. Likely they would be decent heavy chaff or back-line units, but the lack of Nimble makes them less powerful than some armies medium cavalry. 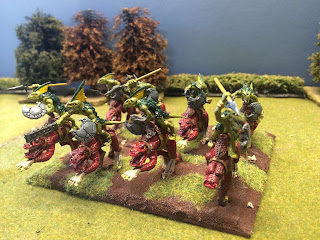 The models are a bit of mix. The raptor mounts are 1990's GW Coldones that originally mounted Dark Elves, who look hobbit-like by modern standards. The riders are new GW Skinks - small lizards whose cousins will feature in a unit of their own. 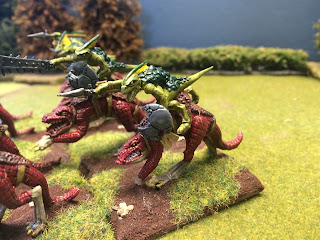 The second unit is my first flying unit for Lizardmen - a Ghekkotah Skylord. The mount is a Schleich Pterosaur with a spare GW rider perched atop it. This gives a striking-looking mounted hero to ravage the enemies backline. 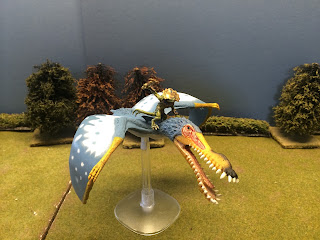 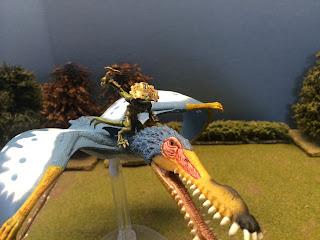 Finally there is a hero mounted on a dinosaur. This came as part of the GW lizardmen starter army and will probably feature as a Clan Lord on Firedrake. Its a costly unit but is tough and boasts 16 breath attacks, which could be fired over intervening troops. 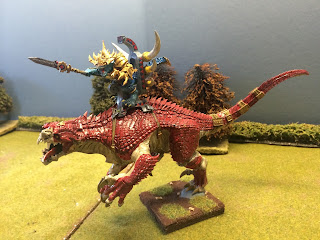 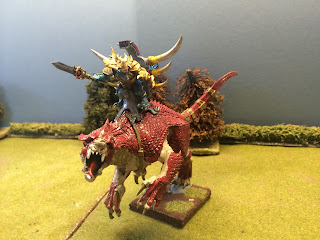 It is a beast though as you can see against a standard 25mm figure and stands over 150mm high, making it fairly hard to miss. 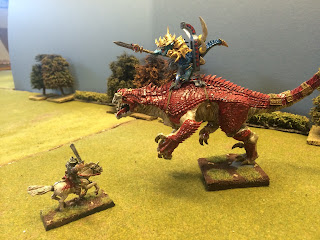