How to make 28mm olive trees

This summer we're planning to stage a WWII campaign based on the German airborne invasion of Crete. A quick bit of research revealed that olive groves were a major terrain feature on Crete and so I began pondering how to recreate this. Buying 60+ olive trees would be costly so I set about making my own.

The starting point was some plastic tree armatures from Woodland Scenics, I went for two packs of 28 * 3" - 5". These are in two parts which you press together, no glue needed.  They are usually about £15 a pack including postage. 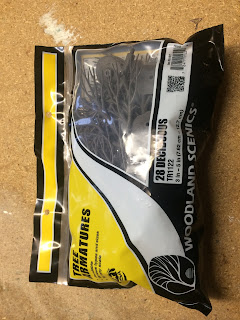 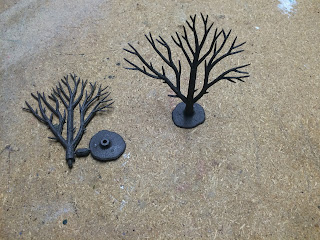 To create the distinctive trunk colours,  I went for some heavy dry-brushing in both light brown and then white to bring out the texture on the models. The armatures can then be twisted into various shapes and in this case that meant the swept-back look common in olive trees 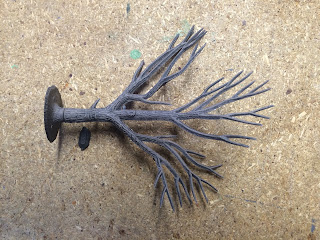 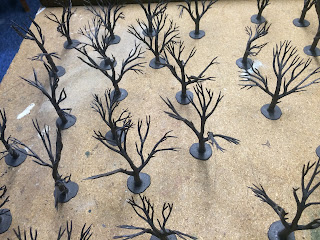 For the foliage I have used some rubberised horse hair, spray pained with a Halfords ultra-matt light green and then dty-brushed in white. The effect I was after was the grey-green colour so prevalent in olive trees. I was lucky enough to inherit several large sheets of horsehair from someone's failed foray into furniture restoration and it certainly works well as foliage. 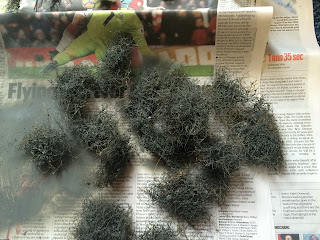 The branches have plenty of spikes on them so I have opted to simple push them into the rubberised and not glue them. As my wargames stuff rarely leaves the comfort of my room  I don't need to worry about then being transported. Finally I attached them to small bases to add some weight to the bottom 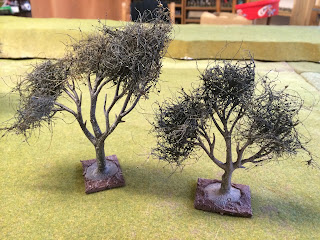 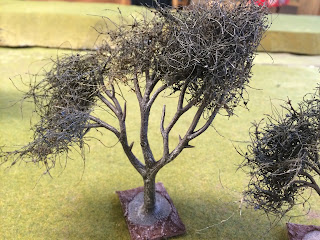 At just over 50p each I think they will do nicely for Crete and for our various ancients campaigns in the classical world. 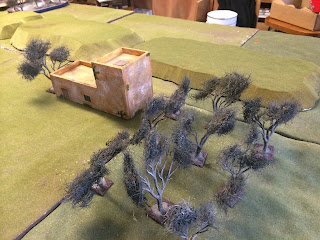 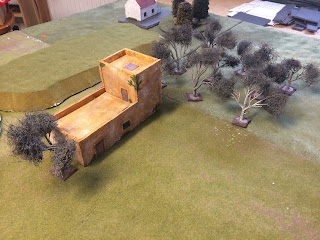 Email ThisBlogThis!Share to TwitterShare to FacebookShare to Pinterest
Labels: terrain