I've had a little rash of basing / finishing off this week so have produced a few more units for my Lizardmen (Salamander) army. All three are hard-hitting units that should chew through their prospective opponents, which looks increasingly likely to be The Herd.

The first are hard-hitting cavalry from Game Workshop. I originally bought these to be a unit of lancer cavalry but the models are so large they have been upgrade to Ancients on Rhinosaurs 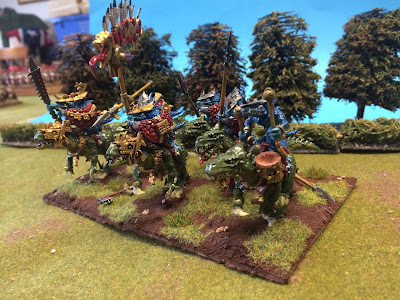 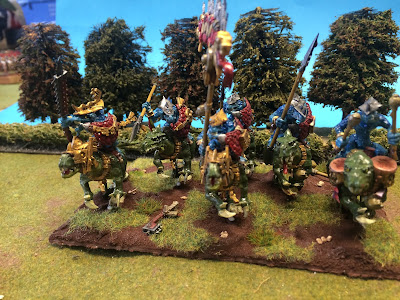 The second unit is a Battle Platform, a tough blocking unit, able to withstand considerable punishment from the enemy.  This is a plastic model from Schleich with a homemade howdah decorated with items from the cavalry sprue. At £11 its a bargain. 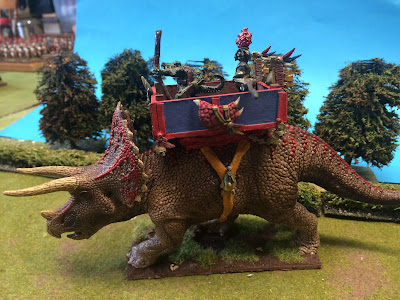 The final units are two Tyrants hordes - one of the better melee units available in the army.  They are fairly slow but a high defence and Fury special rule means they should get a counter-charge in with any luck. These are also Schleich, this time from the "mini" range. At £2 - £2.50 each they are great value and pretty decent models too. 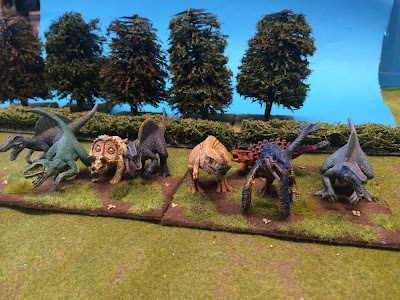 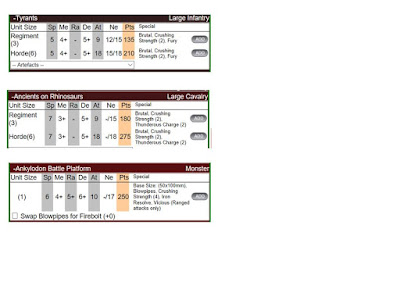 I think my favourite so far is the Ancients on Rhinosaurs - its my first batch of new Games Workshop lizardmen and I think the Aztec styling on them works well. 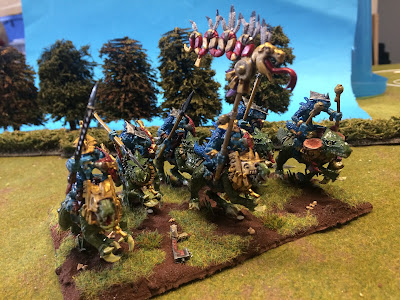