A new project - Lizardmen for Kings of War

Over the Easter period I dusted off (literally) some old figures from my first dalliance with Warhammer back in the early 80's. I believe the devotees now call this Oldhammer, and it was mostly a fairly sensible wargame with a few fantasy twists.

A little rebasing and I've produced much of the core infantry needed for a Salamander army in KOW.

The pike men are from an unknown manufacturer, and several tries at Internet searches have failed to throw any light on their origins. I will likely use them as Salamander Primes as at 25mm they look small compared to modern figures. I can field a Horde or 2  Regiments 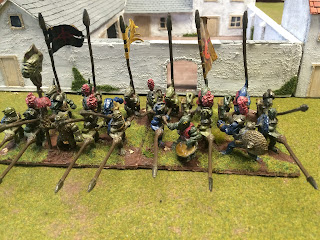 Secondly I have some archers. These are original Warhammer figures and depicted Karanc's Raiders, one of the regiments-of-renowned range. The KOW Salamander list does nt have these guys but I'm thinking they might work as English longbowmen from the historical version or crossbowmen. I can field 3 Regiments. 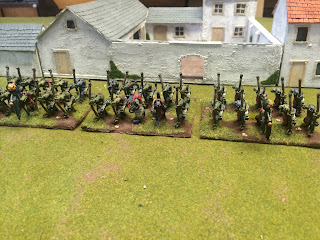 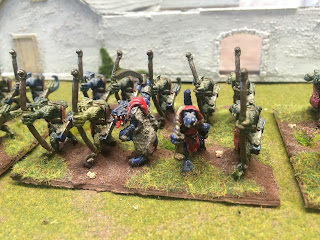 Finally a teaser - the Salamanders have a range of monsters available to them, so expect to see more of this chap in future. 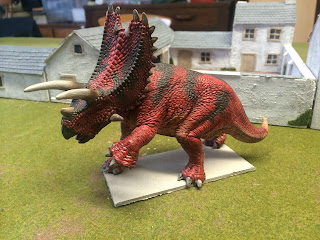