Our latest campaign is the Punic Wars - below are the full rules so its a long post!


This campaign pits the forces of Carthage against the rising power of Rome for control of the ancient Mediterranean world. The campaign begins with Rome largely hemmed-in and seeking to expand its influence beyond Italy. Roman holds a single territory in Spain as its only overseas outpost. Carthage hold Spain, Africa, and Gaul. Greece is neutral and Dalmatia / Macedon are not used. 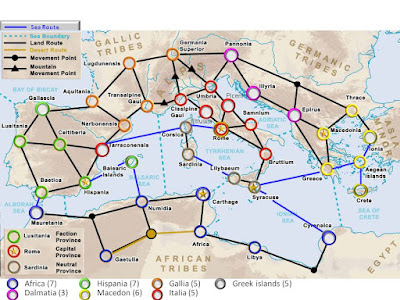 The campaign has been written for  the Armati II rules but could be easily adapted to other sets. We have slightly cheated on the historical front by mixing troops from several periods; firstly to suite the figures available and secondly out of a romantic desire to field all the most popular units from the Punic Wars.


Each turn both sides may launch a single attack from a province they own into a neutral or enemy territory, where battle ensues.


Battles are fought using standard Armatii rules. Terrain can be of three types - Open, Rough, or Hilly. Roll below to determine which and then randomly select a terrain map from those supplied. 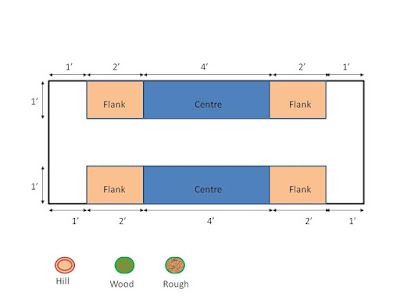 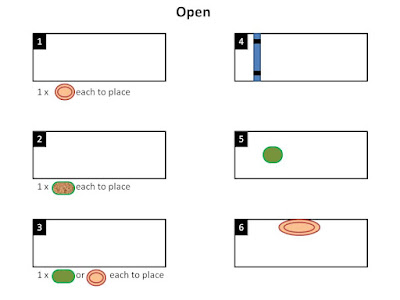 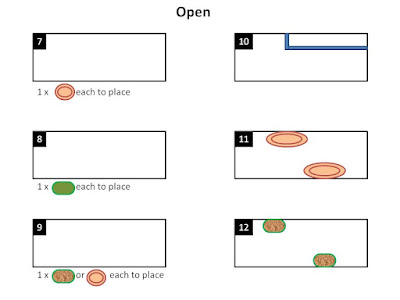 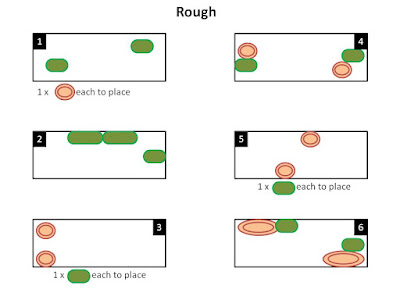 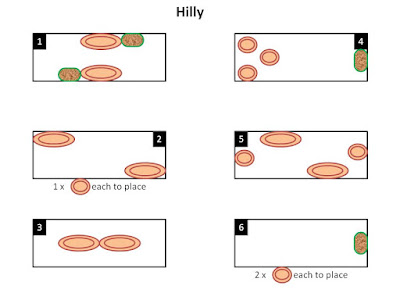 
The Core units available are specified in the army lists below. These are slightly expanded versions of the standard lists, with the Break Point adjusted. All armies have two generals.


A unit card is provided for each reinforcement unit, split into packs for each of the provinces of Italy, Gaul, Spain, Africa, and Greece. Each card contains the stats and points cost of the unit concerned. For each province up to 3 separate piles are formed; Foot, Mounted/Lights, and Roman/Carthage (only as appropriate)


Players take turns drawing reinforcement cards, up to a maximum of one card / territory held in that province, swapping between provinces as they see fit. For Italy the Roman's may draw 2 cards / territory held as they begin with fewer territories.


You keep drawing until reach either 75 or 100 points as agreed by the players. If you "bust" then you return the card to the pack and draw another until you hit your reinforcement limit or 1 below it (there being no 1 point units).

Players may forgo a troop card pick and instead choose a stratagem card, costing 12 points. Stratagems are random as who knows what inspiration you will get from the Gods. 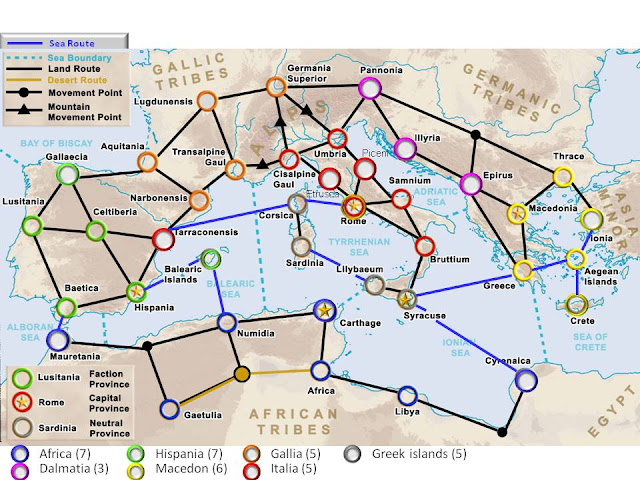