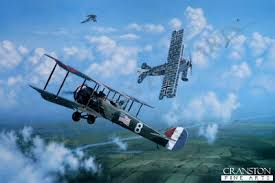 Following the retirement of the two British triple aces things were on a more even footing this week. The first mission was a fighter sweep where the Germans mostly hid in a large thunder cloud until finally withdrawing. In the second both sides were trying to bomb targets near the front lines whilst trying to intercept the enemy planes - this ended in a draw with the British closest to downing an enemy bomber.

Mike was promoted to Ace this week with 5 kills. 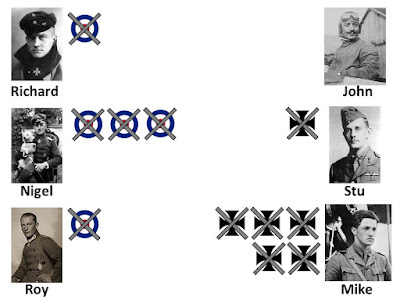