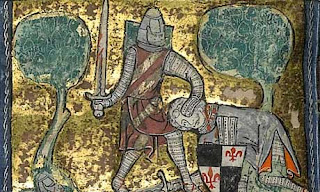 After three complete rounds we have the final results

The most successful of the German armies were the Vandals (all warriors) who won all of their battles with the Chatti (mostly warbands) being nearly as successful. The mounted armies suffered with a single win between them.

So very pretty and good fun having the variety of armies rather than a shieldwall grind every week.