Dark Ages - the next steps

After a few play tests with the armies we've tweaked the format a little. The Roman armies seem powerful and well balanced compared with the Barbarians, especially if we spice it up with some cavalry-heavy armies. 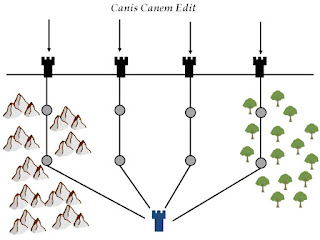 So the plan now is that each player (or pair) will control a Roman army, with it essentially becoming a competition between them to defend the glory of the empire. Spare players will control a random barbarian army.
Posted by Wargamer Stu at 05:45